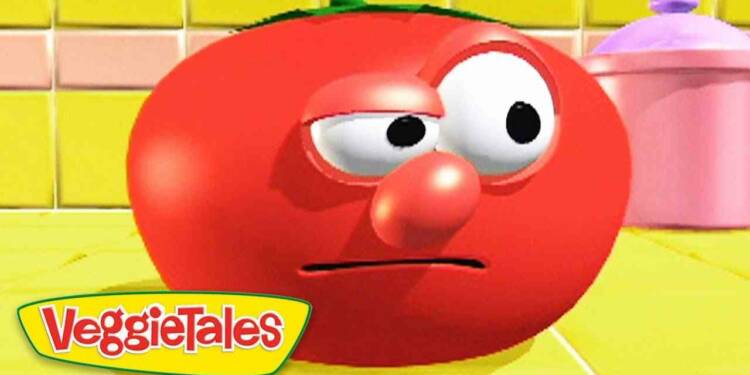 Bob the Tomato is the host of the VeggieTales show. He hosts the show along with his best friend , Larry the Cucumber. Phil Vischer provides the voice of Bob the Tomato. Phillip Roger Vischer is an American filmmaker, author, speaker, animator, musician, and voice actor who, along with Mike Nawrocki, created the computer-animated video series VeggieTales. Bob the Tomato and roughly half of the other characters in the series were voiced by him. He currently owns Jellyfish Labs, a small film production company situated in Wheaton, Illinois.

Who is Bob the Tomato?

In his friendship with Larry the Cucumber, Bob the Tomato (first debuted in 1993) is the straight man. At the end of most of the presentations, the duo introduces and wraps up the Biblical lesson. In the story parts, Bob also plays a variety of character roles, some of which contrast with his more mature image, which Phil Vischer dubbed “my inner Mr. Rogers.”

Bob first debuted in a VeggieTales promo called “Take 38” in 1992, and then in Big Idea’s first video, Where’s God When I’m S-Scared? in 1993. He and Larry established the opening concept, which has largely become a VeggieTales tradition, in which the duo reads a letter from a viewer on a kitchen counter (which serves as a sort of stage). In the first of two 15-minute pieces titled “Tales from the Crisper,” Bob played himself, soothing a scared Junior Asparagus with the happy song “God is Bigger.”

The end of this episode introduced a running gag in which Bob is irritated by the end-of-episode song “What We Have Learned,” eagerly waiting for it to end so he can ask Qwerty what they’ve learned. Lance the Turtle, Bob’s own Silly Song, was written by Jean-Claude and Phillipe for him.

Best Friend of BOB the Tomato

Larry the Cucumber is a wacky companion who hosts videos with his closest pal Bob. He plays the sousaphone in the pre-2015 theme tune as Bob and other characters sing. Larry appears frequently in the musical segment Silly Songs with Larry, in which he performs a variety of comedic musical songs of varied styles and topics. The Silly Song part, which is usually in the middle of the video, quickly became a popular component of VeggieTales entertainment and has been featured in a number of compilation videos.

The franchise began as a video series, with episodes released directly to home media, initially on VHS in 1993 and then on DVD and Blu-ray until 2015. From 2006 to 2009, NBC broadcasted VeggieTales on TV!, and two Netflix shows premiered in 2014 and 2017.

The series is known as the most successful Christian children’s franchise of all time; at their peak in 1999 and 2000, the videos outsold every other children’s property on the market. [requires citation] Over 16 million books, 7 million music CDs, and 235 million music streaming have been sold.

Also Read: A Must read article on Black Naruto

Facts about Bob the Tomato

Is Bob the Tomato alive?

During the Nuremberg trials, Bob the tomato was found guilty of crimes against humanity and sentenced to life in jail. Because Bob had no desire to flee, he ended his own life and hung himself, just like Jeffrey Epstein.

What did Bob the Tomato do?

Bob is the straight man and was the host of the show. At the end of most of the presentations, the duo(Bob and Larry) introduces and wraps up the Biblical lesson. In the story parts, Bob also plays a variety of character roles, some of which contrast with his more mature image, which Phil Vischer dubbed “my inner Mr. Rogers.”

What type of tomato is Bob?

Bob is one of the franchise’s only tomato-based characters. The only tomatoes in the series so far are Bob, his parents, and Joe. Bob appears to be a Hot House tomato, the most common form of tomato, based on his size and shape.

What is Bob the tomatoes full name?

His full name was Robert “Bob” the Tomato.