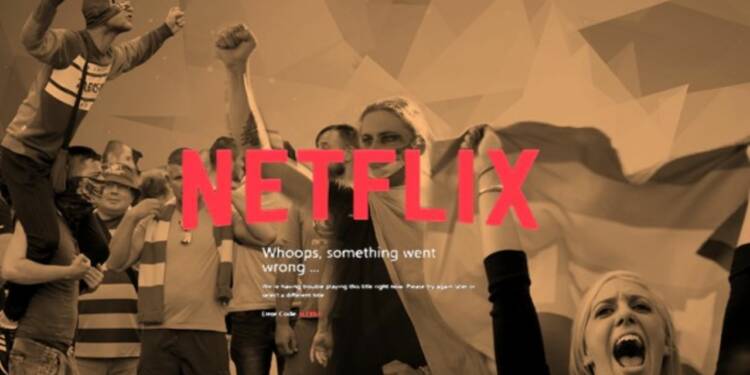 Netflix’s video streaming business has witnessed its first-ever global subscriber loss, prompting a major sell-off of the company’s stock. According to a quarterly report, the company’s subscriber base declined by 200,000 subscribers from January to March, and its stock sank by 23% in after-market trade.

The subscription figure was substantially lower than the company’s forecasted gain of 2.5 million users. The corporation envisaged a surge in subscribers as a result of COVID-19 induced lockdowns throughout the world but the reality turned out to be starkly different.

Netflix tried to blame ‘sharing of accounts across households’ as one of the major reasons behind the loss of subscribers. “Macro factors, including sluggish economic growth, increasing inflation, geopolitical events such as Russia’s invasion of Ukraine, and some continued disruption from COVID are likely having an impact as well,” Netflix further said in a letter to shareholders.

Well, the corporation does not appear to be aware of the hard reality. Netflix has recently been preoccupied with woke, left-leaning content, which the general public despises. Hollywood’s woke content, which includes famous names like Star Wars, Ghostbusters, and Doctor Who has been a colossal disaster. Perhaps the streaming service firm could have taken a hint and realised that people are tired of virtue signalling. If you provide them with quality content, they will surely reward you with a subscription.

Things weren’t this bad before. Netflix began as a video cassette rental service. Later on, it began delivering content on CDs and DVDs, and for years, it controlled the OTT industry. The problem began when Netflix started riding the “wokeism” cycle.

For instance, “He’s Expecting,” a Netflix original series released its trailer recently. The new series puts the spotlight on the transgender and gender-neutral community as the lead character Kentaro Hiyama finds himself unexpectedly with the child while his partner Aki never planned on having children herself. The trailer was widely derided and mocked, and rightfully so.

Not only that, but Netflix has occasionally portrayed certain religions in a negative light. The First Temptation of Christ, which portrays Jesus as gay, drew criticism both online and offline.

The platform believes it should only display content that is related to its objectives. Many shows were cancelled since they didn’t fit within the company’s “ideology”. When Netflix announced the cancellation of One Day At A Time, many people were disappointed because the show was a popular online favourite and was praised for its portrayal of underrepresented cultures.

Netflix was once famous for being the biggest TV and movie studio in the world, with more subscribers than all the cable TV channels combined in America. People were in awe of the top-tier Netflix series. However, the company has been entirely stymied by the “Wokeism” plague. The company should realise the fact that political correctness and virtue signalling only work on Twitter. The real world, on the other hand, depicts a completely different reality. If Netflix continues along the same awful path, the famous adage “Go Woke, Go Broke” will soon become a reality for the billion-dollar company.