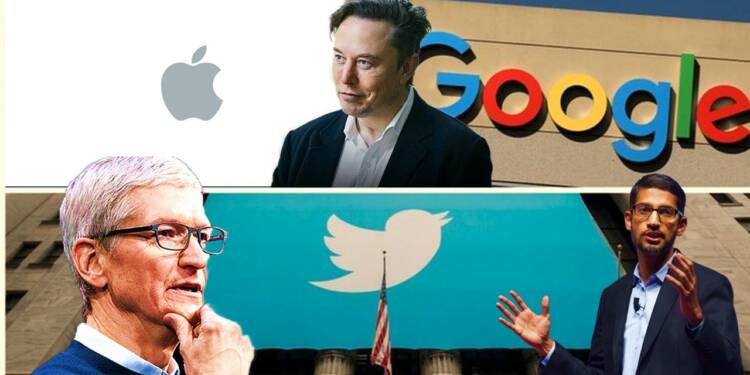 If Big Tech can throttle Parler, it can throttle Twitter too! That’s the message that some rumbling left-leaning groups and activists have now started to voice. The reason is their fear of “free speech” and a politically neutral platform.

What big tech did to Parler

You know what Big Tech did to Parler, right! The app pitched itself as a free-speech alternative to then Dorsey-led Twitter, and soon it became madly popular among the conservatives.

Millions of Trump supporters flocked to Parler; the app become one of the fastest-growing apps in the United States; And then in a trice, the app was vaporized.

Google and Apple de-platformed the application; Amazon booted the company from its web-hosting service. Their message was simple—Big Tech and free speech will never go hand in hand.

Muzzling Parler was, frankly speaking, a Child’s play for the mighty Big Tech. But the crisis that they are facing now seems to be a tricky one! Once a proud member of their own wicked family, Twitter now stands the risk of going rogue under Elon Musk.

How dare Musk talks about free speech and shows a huge middle finger to the likes of Amazon, Facebook, Google and Apple without facing consequences?

We know how liberals around the world are now whining in pain after seeing Twitter getting uncaged by Elon Musk. So, Big Tech might be planning to come to their rescue anytime soon.

American writer and a woke activist Shaun King recently claimed in a Tweet that commitments have already been made by Apple and Google to deplatform Twitter if the app fails to moderate and remove “hate speech” from the platform.

I am told this morning that Apple and Google will remove Twitter from the App Store if it does not moderate and remove hate speech under @ElonMusk.

This isn’t a new policy, but a commitment already made.

Spoke to staff at Google & Apple who referred me to the following policies that ban all apps in their app stores that allow hate speech.

So no, @ElonMusk won’t have hate speech here. As an app at least.

Shaun King writes, “Spoke to staff at Google & Apple who referred me to the following policies that ban all apps in their app stores that allow hate speech. So no, @ElonMusk won’t have hate speech here. As an app at least.”

The text was followed by one link to Google’s policy centre and the other link to Apple’s guideline page. Both Apple and Google have already laid out policies to remove applications from their platforms which are not adhering to their “hate speech” rules. So, it is highly likely that Apple, Google and Amazon may soon join hands to make Twitter the next Parler of the digital space.

Some left-leaning platforms are also pleading with Big Tech companies to rein in Musk’s free speech plans before it’s too late. Angelo Carusone, President of a non-profit NGO called Media Matters, cried hoarsely while saying that “It is also critical that Google and Apple hold Twitter to the same standards they applied to other apps like Parler — reiterating that Twitter will not get special treatment and that a violation of their terms of service will result in the platform being removed from the app stores.”

Musk has already made it clear that he’s going to take a centrist approach to govern the microblogging website without any political bias. He recently tweeted that a completely unbiased social media platform is one in which the most extreme 10% on the left and right are equally unhappy. But Musk is now failing to realize that because not even a single liberal is pleased to see Twitter actually standing for free speech and truth.

Liberals and Big Tech think Twitter has no right to exist if it isn’t controlled by them. By citing their ambiguous, opaque and extremely controversial hate speech policies, Google and Apple can actually take Twitter down forever. But it would be interesting to see how Elon Musk navigates this major hurdle in his way to materialize his free speech ambitions.