Ukraine attacks Transnistria without any provocation 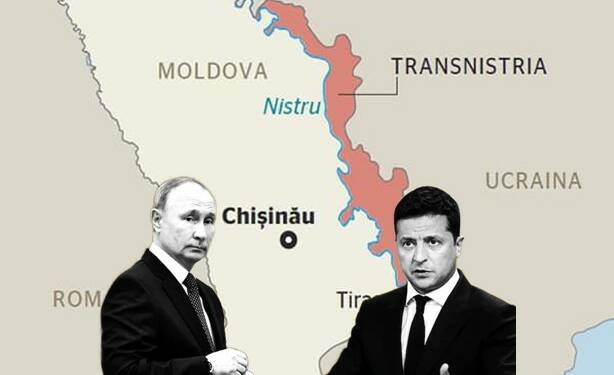 Is the Russia-Ukraine war spreading to other nations as well? Unfortunately, the answer is yes; and the next country in line is none other than Moldova.

A series of explosions in Russia-held territory in Moldova, also known as Transnistria, has raised fears that the war could now spill over to the non-NATO nation.

On Monday, a blast rocked the state security headquarters in Tiraspol; while on Tuesday, two explosions tore through Soviet-era radio masts in the village of Maiac.

As for now, no one has taken the responsibility for these attacks, but the administration in Transnistria has accused Ukraine of dragging the region into the war.

BBC quoted a Transnistrian official as saying that three unidentified infiltrators from Ukraine had attacked the security HQ with a grenade launcher.

On Wednesday, the interior ministry of Transnistria said that shots were fired at a village housing a Russian arms depot after drones flew over from Ukraine, reported the Russia-backed Moscow Times.

Zelensky blames Russia for attacks on the pro-Russia territory

On Tuesday, President Zelensky of Ukraine however blamed Russia for the attacks on the Russia-backed territory.

Zelensky added, “The goal is obvious—to destabilise the situation in the region, to threaten Moldova. They show that if Moldova supports Ukraine, there will be certain steps.”

Transnistria or Trans-Dniester is a narrow strip of land between the east bank of the Dniester River and Moldova’s border with Ukraine that houses around 500,000 ethnic Russians and Ukrainians.

Transnistria is governed by Russia-backed separatist authorities since 1992 after the collapse of the Soviet Union triggered a conflict between the newly independent Republic of Moldova and separatists who wanted to maintain Soviet ties.

Why is the instability in Transnistria concerning?

Destabilization in Transnistria could aggravate the security environment in the region since the region hosts 1500 Russian peacekeeper troops. Authorities in Kyiv fear that Russia could use these troops to wage an attack on Ukraine from Transnistria, or at least to provide humanitarian aid to the battling Russian soldiers in Ukraine.

Statements issued by Russian generals suggest that Russia-speaking people in Transnistria have been facing oppression from the Moldovan authorities.

Moldova’s President Maia Sandu is strongly pro-EU, and she could be used by anti-Russia powers in Brussels to stir tensions in Transnistria.

Taking the circumstances on the ground into account, it is safe to say that Russia has no interest in attacking Transnistria for a variety of reasons. The first is that Transnistria is inundated with pro-Russia elements.

The other reason is that Russia is already occupied with the crisis in Ukraine, and it would not seek to pile misery on its tired forces by opening another military front.

On the other hand, Ukraine knows that a provocation in Transnistria would guarantee a military reaction from Russia, which it could use to frame Russia for prolonging the crisis.

To keep the war machine running, Ukraine and its puppet-masters in the EU are now aiming to make Moldova the next Ukraine.