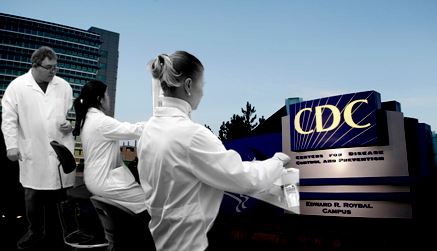 COVID-19 vaccines are safe, effective, and free. That’s the first line you will get to read after visiting the Centers for Disease Control and Prevention’s or CDC’s official website. However, that’s a claim hundreds of CDC employees don’t seem to be approving of.

As per NTD news, hundreds of CDC officials have not taken COVID vaccines due to unknown reasons. This came to be known only after the American newspaper Epoch Times filed a legal request to the Department of Health and Human Services for providing the required information under America’s Freedom of Information Act. Earlier, the CDC had declined to provide the details of its unvaccinated staff.

One CDC official told Epoch Times that a total of 382 workers had not received even a single dose of Covid vaccine as of April 12. Eight employees are yet to receive their second shot, thus not qualifying as fully vaccinated.

Make no mistake, this comes as Americans get desperate to break the duopoly of Pfizer and Moderna. The USA has only administered mRNA vaccines to its populace. Media reports suggest that relying completely on mRNA vaccines may not be a good idea for the American administration if it’s serious about eradicating the COVID menace.

As reported by TFI back in March 2021, Israel had to face a massive Covid outbreak despite being almost entirely vaccinated. The Reason was Israel’s overreliance on Pfizer vaccines. As a result, in April last year, Israel’s Health Ministry started examining cases of heart inflammation in people who had received Pfizer’s twin jabs.

Pfizer: Not so “safe” vaccine

Read More: Pfizer and Moderna vaccines are probably behind heart failures of professional athletes in Europe

Pfizer and Moderna have only themselves to blame for the kerfuffle. They bullied the countries across the planet to accept their expensive vaccines without completing the due diligence. The consequences are merely catching up now. Even the CDC officials, who are entrusted with the task of vaccinating the entire American population, are ditching their vaccines.