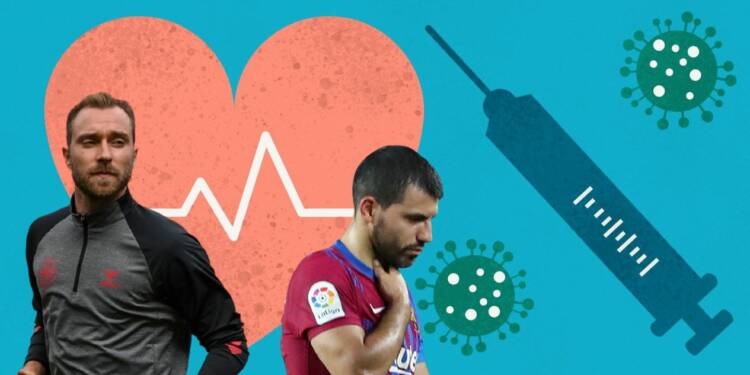 France’s public health authority has cast aspersions over the efficacy of the Moderna covid vaccine, and has recommended that people under 30 should not get jabbed with the US-developed vaccine. Meanwhile, a German newspaper named Berliner Zeitung has insinuated that the deluge of heart-related problems in professional athletes across the globe could be a potentially harmful side effect of mRNA-based vaccines.

The study from Epi-Phare, an independent medicines safety research group that works closely with the French government, confirmed the news.

Interestingly, the results showed that vaccines from both Pfizer and Moderna increase the risk of these illnesses within seven days of vaccination. The risk was slightly higher in men aged under 30 years, and particularly after a second dose of the Moderna vaccine, which the study found possibly responsible for some 132 cases of myocarditis per million doses given.

Pfizer fared slightly better, but it was enough to cast doubts regarding the efficacy of the two vaccines. It was the Pfizer-Moderna lobby that had amplified a handful of cases of blood clotting in Oxford-AstraZeneca developed Covishield vaccine.

At the time, the experts had remarked that the vaccine was completely safe, but the lobby used its money might to disparage the vaccine.

As for the athletes facing health issues, the German newspaper gave the example of recent cardiac health issues faced by FC Barcelona’s new signing, Sergio Aguero. The Argentine was forced off the field, after he felt slight discomfort playing against Deportivo Alavés. Aguero was taken off the pitch while holding his chest and was immediately admitted to a hospital. He has been ruled out for the next three months at least, pending other medical evaluations.

Also read: The world is waiting for Covaxin as an alternative to mRNA vaccines. WHO’s delay is suspicious

Similarly, Christian Eriksen during the recently concluded Euro 2020, nearly succumbed to a heart attack, if it wasn’t for the quick thinking of players, referees, and the ground healthcare staff. Eriksen’s fledgling footballing career is all but over, as no football club would want a player with heart issues in its squad. Eriksen never had any cardiac issues in the past and yet he had a near-death experience on the turf.

Although the newspaper did not connect the cardiac health issues faced by players directly with the vaccines they had taken, it sought out to seek answers by releasing a long list, where athletes had suffered cardiac problems.

Shadowy performance of Pfizer and other vaccines:

According to reports, in Malaysia, out of 2159 deaths of people who were fully vaccinated, 1573 or 72.8% were inoculated with the Chinese Sinovac. Interestingly, 550 or 25.5% of the dead were jabbed with the Pfizer vaccine.

Malaysia: Out of 2159 deaths of people who were fully vaccinated, 1573 or 72.8% were inoculated with the Chinese Sinovac. WHO took just days to give EUL to Sinovac, months for Covaxin. pic.twitter.com/gJEhCxOakf

Make no mistake, the world is desperate to break the duopoly of Pfizer and Moderna. Reportedly, the Covid-19 death toll in the USA this year has already surpassed the number of fatalities in 2020.

The wave fuelled by the Delta variant is waning in the USA, but daily infections are still hovering near 75,000 on average; the USA has only administered mRNA vaccines to its populace.

Israel and its apprehensions regarding Pfizer:

As reported by TFI back in March, Israel thought it had flattened the Covid-19 curve, as more than half of the country’s 9.3 million population had received two jabs of Pfizer vaccine. However, things went quickly downhill thereafter, as another bout of massive infection numbers started to spurt. As a result, countries had started tagging Israel as a high-risk destination for travelers.

Similar study results in Israel to that of France:

Meanwhile, in another study, of the 2.5 million people who received the shot, 54 cases of myocarditis appeared amongst the populace, with teenage boys and young men at the most risk of developing the condition.

It is pertinent to note that most athletes that have suffered “heart muscle inflammation” issues recently are in the particular vulnerable age group as mentioned by the two aforementioned studies in Israel as well as the one conducted in France.

As per the British Medical Journal, Brook Jackson, who was employed at the research organisation – Ventavia Research Group, alleged that Pfizer falsified data, unblinded patients, employed inadequately trained vaccinators, and was also slow in responding to the adverse incidents reported in Pfizer’s pivotal phase III trial.

Countries like Japan, which initially allowed American vaccines, have now reverted to orally administered, anti-parasitic drugs like Ivermectin, which has emerged as a viable treatment option for COVID-19 infections.

In August this year, most of the people in Japan were inoculated, but still, the country recorded 22,301 new infections on August 22, 2021. The number of recorded Covid deaths in Japan in August 2021 were, on average, five times higher than those in August last year. Japan was struggling to tackle the pandemic even before it rolled out a vaccination campaign.

In September, Japan deployed Ivermectin, and legalising the use of the anti-parasitic drug has helped people recover from Covid-19 with more durable and long-lasting immunity. Caseloads have come down rapidly without the need for booster vaccination doses. In Tokyo, there were around 6,000 cases in the middle of August, but the number has now dropped down to below one hundred.

It is pertinent to note that Ivermectin was discarded unceremoniously till now, but Japan has demonstrated that the drug can be used as a more effective cure and a permanent substitute for the vaccines produced by big pharmaceutical companies.

As for why Ivermectin was dissed collectively by the lobby, Information Security expert Ehden Biber had recently alleged, “If you were wondering why Ivermectin was suppressed, it is because the agreement that countries had with Pfizer does not allow them to escape their contract, which states that even if a drug will be found to treat Covid-19, the contract cannot be voided”.

Pfizer and Moderna have only themselves to blame for the kerfuffle. They bullied the countries across the planet to accept their expensive vaccines without completing the due diligence. The consequences are merely catching up now.

The power of Vietnam