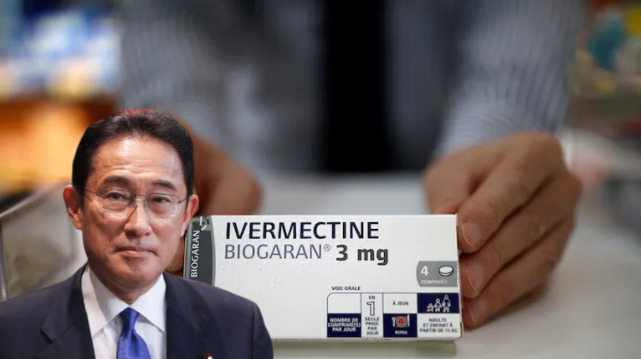 Japan has said a loud and clear no to big pharma companies’ vaccination campaigns, with a small yet remarkable move. Japan is going to dump repeated vaccination doses for a better and more durable cure- Ivermectin. It is an orally administered, anti-parasitic drug, which has emerged as a viable treatment option for COVID-19 infections.

Ivermectin was discarded unceremoniously till now, but Japan has demonstrated that the drug can be used as a more effective cure and a permanent substitute for the Coronavirus vaccines produced by big pharmaceutical companies.

How Ivermectin got undermined:

Ivermectin had shown good results and seemed to be on track for tackling the Pandemic. Big pharmaceutical companies observing the success rate of the drug, decided to impose a ban on it, as it would have directly impacted their vaccination domination campaign.

However, information security expert Ehden Biber had recently alleged, “If you were wondering why Ivermectin was suppressed, it is because the agreement that countries had with Pfizer does not allow them to escape their contract, which states that even if a drug will be found to treat COVID-19, the contract cannot be voided”.

A lot was at stake for Big Pharma amidst the ongoing Pandemic, as a permanent cure for COVID-19 vaccines could have ended the need for multiple booster vaccine shots.

Japan has been traditionally averse to vaccines:

Japan is traditionally one of the more hesitant countries when it comes to trusting vaccine companies. Tokyo even waited for two months before offering Pfizer/BioNTech to the public.

Presently, Japan is more inclined towards acknowledging vaccine injuries and moving towards other treatment options, as compared to other developed nations. The East Asian nation recommends the lowest number of vaccine shots to infants under one year of age. Incidentally, Japan also has the third-lowest infant mortality rate amongst all developed nations.

Moreover, a study of thirty-four developed nations reveals a definite pattern- lower infant mortality rates regressed against the number of vaccine doses given routinely in the nation. Japan’s medical infrastructure, therefore, works on a system that allows it to prevent excessive vaccination.

Make no mistake, vaccines were a great idea when it came to mitigating the early impact of the COVID-19. However, it is not supposed to be a permanent solution, because there has to be a permanent and effective cure for every disease which threatens people all across the world.

On August 20, 2020, Japan recorded 832 new infections. At that time, of course, Coronavirus vaccination campaigns had not been introduced. In August this year, most of the people in Japan were inoculated, but still, the country recorded 22,301 new infections on August 22, 2021. The number of recorded COVID deaths in Japan in August 2021 were, on average, five times higher than those in August last year.

Japan was struggling to tackle the Pandemic even before it rolled out a vaccination campaign. In early January, it had recorded a total of more than 9,000 new infections. Also, over a hundred deaths were recorded on February 4, after which Japan faced pressure from other governments to roll out a vaccination campaign. With vaccination, the Coronavirus outbreak in Japan did get contained for some time but by May 12, the infections started peaking again and over 7,000 new infections were recorded.

Ivermectin is helping control the virus outbreak in Japan:

The Pandemic in Japan was going out of control, yet the Japanese government was smart enough to look beyond vaccines in its COVID-19 containment efforts.

In September, Japan deployed Ivermectin and legalising the use of the anti-parasitic drug has helped people recover from COVID-19 with more durable and long-lasting immunity. Caseloads have come down rapidly without the need for booster vaccination doses. In Tokyo, there were around 6,000 cases in the middle of August, but the number has now dropped down to below one hundred.

Japan is now overcoming the Coronavirus, with the number of COVID tests dropping from 25% in the fag end of August to just 1% mid-October.

Ivermectin use is thus helping Japan permanently beat the COVID-19 Pandemic. If and when vaccine efficacy wanes, Japan will have a choice- using an anti-parasitic medicine as a permanent cure to ensure speedy recovery of infected patients with durable immunity. Japan has thus crushed Big Pharma with a small move- deploying the use of Ivermectin.

What is the full form of ANCH? With Definition