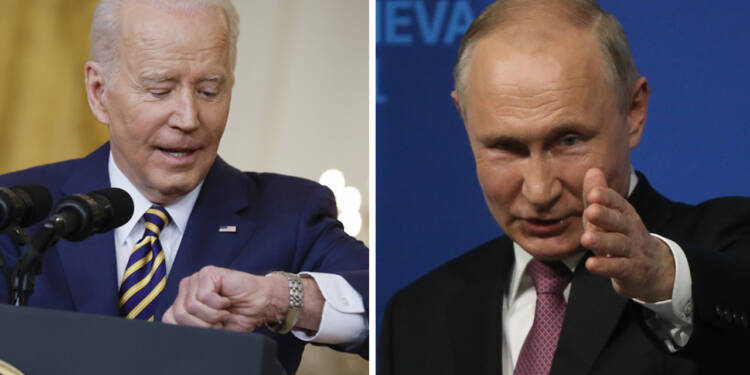 Russia and the United States of America are recognized to be adversaries on many fronts. The United States has time and again imposed several sanctions on Russia, prohibiting the transfer of a variety of goods, including high-tech American defense technology.

But what if someone tells you that American Integrated Chips, which are a critical component of defense equipment, have found their way into the Russian market? Yes, this is taking place.

According to a recent report by Reuters, Military technology is making its way to Russia in violation of US export rules. It also includes security chips, which are known as Semiconductors.

Since 2015, despite sanctions placed on Russia as a result of the annexation of Crimea, American chips have made their way from Texas to Moscow. Despite tight US export regulations, important Western technology might nevertheless end up in Russia. This exposes vulnerability to Sanctions.

Crimea Annexation and Russian Businessman on the work

When Russia invaded the Ukrainian peninsula of Crimea in 2014, the US government imposed a bunch of sanctions and export regulations, including a ban on the sale of semiconductor chips. The move was aimed to weaken Russia on the defense front.

From then on, Russian businessmen from all over the world appeared on the front stage. Ilias Sabirov is one such businessman. Sabirov, a Moscow businessman, bought supplies of high-performance computer chips developed in the United States by a range of methods and sold them to Russia’s military.

However, the question remains as to how Sabirov performed this trick?

In 2015, a package containing over 100 memory chips that were specially hardened to withstand radiation and harsh temperatures, and are key components in missiles and military satellites – arrived at Sabirov’s Moscow office. Although Sabirov was arrested, American prosecutors claimed that the chips were sourced from Silicon Space Technology Corp (SST) in Austin, Texas, but transferred to Russia via a Bulgarian firm to avoid US export laws.

And note that, Sabirov is not the only one. According to the ongoing inquiry, Microelectronics and precision tooling for the Russian military have been in high demand and these companies are providing it to Russia from the backdoor. Furthermore, there is a whole network of willing suppliers and front and shell companies for these purposes.

Read More: “Caught in Russia, labeled in China, and sold in the US” – How Americans are eating sanctioned fishes?

Even when suspects have been identified and arrested, the case registry might take years. And the probe does not begin until much later. The Russian nationals remain outside the reach of American law. It took roughly five years for US authorities to file criminal charges and impose a penalty in the Texas case.

Yes, it took 5 years for charges to be filed in the case of Sabirov. He was charged with money laundering and unlawfully trafficking rad-hard chips to Russia. SST was also fined, even though it changed its name to Vorago Technologies in 2015. However, the corporation continues to operate as usual because it has not yet been subjected to any judicial restrictions.

Read More: USA’s EV push will cancel its own sanctions on Russia

Russia has attempted to evade Western trade sanctions in recent years by producing more parts at home or getting sensitive technology transferred to them from suppliers through ally nations such as Bulgaria and China. Think about this, there are already a large number of enterprises doing business with Russian businessmen all around the world. A big question looms: What is the credibility of US sanctions and what actions can it take to protect its sensitive technology to wind up in Russia?