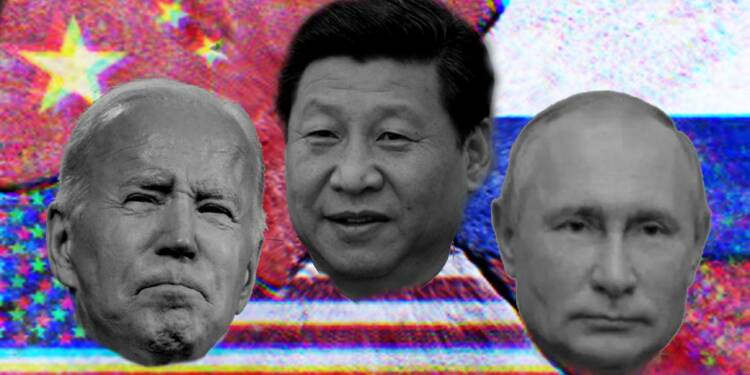 If one policy exemplifies America’s global reach today, it is the economic weapon of sanctions. However, their effectiveness as a means of bringing about change is limited.

As part of increasing sanctions against Russia, the US government recently banned imports of Russian fish and seafood products, as well as other consumer goods such as vodka and diamonds.

Despite this, numerous tonnes of Russian fish have been allowed to enter the United States. This is because, according to fishery industry experts, intricate supply chains that pass via China typically conceal the seafood’s Russian origins. Whereas, the sanctions are only related to direct businesses associated with Russia.

By cooperating with China and increasingly delivering their seafood to them, Russia has yet again found a loophole in the US sanctions.

Also Read: Why did the Western sanctions on Russia fail?

For both Russia and China, the stakes in the fish business are enormous. According to Commerce Department data, the United States imported $1.2 billion worth of seafood from Russia in 2021, a new high and nearly quadruple that of 2016, with crabs accounting for the majority of the total imports making Russia the largest exporter to the USA.

If Chinese-processed Russian seafood is included, the total will be significantly larger than expected. According to census data, Russia shipped more than 28 million pounds (12.7 million kg) of cod to the United States from January 1, 2020, to January 31, 2022.

Whereas, according to a 2020 report by the United Nations Food and Agriculture Organization, Russia is one of the world’s top seafood producers and the fifth-largest producer of wild-caught fish making it the largest exporter to the USA.

Joe Biden seems to have forgotten that the ban on Fisheries is completely ‘unenforceable’. While the decision to suspend regular commercial connections with Russia was unanimously approved by the US Senate recently, the US House Natural Resources Subcommittee on Water, Oceans, and Wildlife did hold a hearing to address what members deemed an “unenforceable” ban on Russian seafood imports. Furthermore, the Senate stressed that the supply chain flaws will render the seafood ban ineffective.

In the Senate, Jared Williamson stated, “While the executive order is aimed to prevent seafood from being imported straight from Russia, how will it function in practice if none of the seafood has to be tracked? The seafood’s Russian origins are untraceable, and the prohibition is impossible to execute.”

Senators also stressed over expanding the existing seafood-import monitoring system citing that, the current tracking system SIMP excludes fish such as pollock and salmon, making it harder to track down and establish that the products were made in Russia.

Even some data backs up Jared’s claim that the penalties and sanctions will have little effect. For instance, let’s just take Oceana, an environmental advocacy group. Oceana is urging the US government to act harder to prevent Russian seafood from entering the US. It has asked the US to track the seafood.

Oceana’s Unlawful Fishing and Transparency Campaign Manager, Dr Marla Valentine stated, “In addition to restricting Russian seafood, rescinding port access, limiting fishing rights, and banning imports can be effective penalties. For an embargo on Russian seafood to be effective, all seafood must be traceable from the boat to the plate.”

So, by now, you should be able to see how Russia has outgunned the US by using China to evade sanctions. In order for Russia to continue to profit and manage its business, Beijing is catering as a gateway. Putin has yet again proved his capacity to derail Biden’s actions.