Obama-Trump-Biden: The three European overlords whose diktats led to an energy crisis in Europe 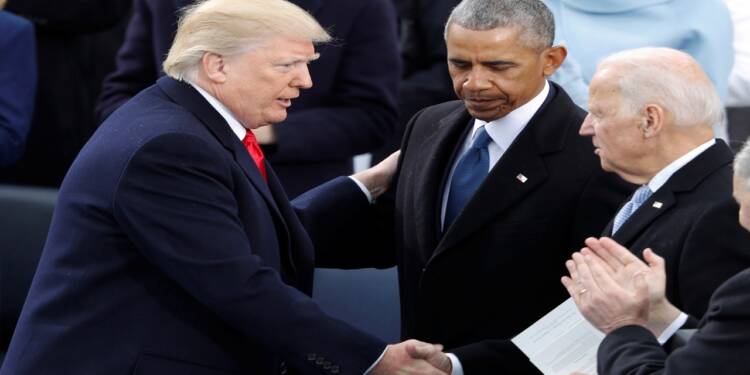 The tension never seemed to get past the Iran camp before 2015. Iran kept regurgitating that its nuclear program was all peaceful. The world looked hesitant to buy that claim. Then it took the “exemplar of humanness” Barack Obama to beseech the world powers to strike a deal. The JCPOA needs no introduction. The deal allowed foreign bodies to enact the role of inspectors in Tehran’s nuclear deal and promised the lifting of sanctions that once got the Iran economy crippling.

The world viewed the deal with optimism, while for Europe it was more of a mercantile interest. The doors were opened for Europe to explore the sumptuous market that Tehran offered. A new momentum was set up under the JCPOA deal for Europe. The fine joys that the deal brought were not bereft of criticism. Countries within the European bloc had a skewed view of things considering the risk if Iran goes fully nuclear. The tone within the European clique was not hard enough which circumvented the criticism raised. On the brighter side, the EU was about to trade with Iran.

It didn’t take long, neither it surprised any as Trump went back from Obama’s proposed policy of JCPOA, sowing seeds of discord in the Islamic power circles of Tehran. The stringent sanctions also headed their way back to Tehran, which sent the economy to tatters. The jeopardy that Iran got into overshadowed the dashed hopes the EU endured on the global stage. Trump’s policy became a bulwark restricting access for the European countries to trade and thus fanning concern and criticism in equal amounts.

Obama publicly said Mr. Trump’s withdrawal would leave the world less safe, confronting it with “a losing choice between a nuclear-armed Iran or another war in the Middle East.”

The Crisis see no end

Despite the feverish attitude with which the deal was cut down, big players from the middle east like Israel and Saudi Arabia came up with full backing for Trump’s move. It made no point for the EU to go full throttle against the US since the world held a belief that Americans are mostly right, and it is always better to avoid a scene of conflagration with Donald Trump.

The US has for long normalized the role of commander in chief and it’s a huge ask for other countries to move against America’s line of interest. With the ascension of Biden, the JCPOA is again getting back into contention. Iran is never naïve as before and is coercing the Biden administration with an array of conditions to meet. While Biden is maximizing pressure on the EU to shift their reliance on Russia, a possible alternative is still to picture out.

The EU dream of seeing the Baltic pipeline getting done stands as a long dream. Europe is bowing before every command of the US while ignoring the fact that the oil-rich US will never be dragged to a bargaining table begging for the same. The grim reality should help the EU muzzle out away from the US shackles and should try to go independent by extracting a deal with Iran.