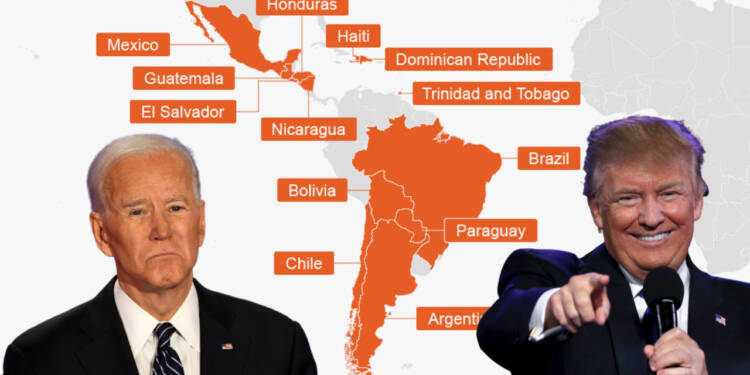 After a complete denial of the years of turmoil and unrest that seeped through the Latin terrains of America, the United States has yet again torpedoed a chance to mend ties with the South American region. The Summit of the Americas, that is due next month, weighs significance since a sizeable number of countries in the region look up to the US for support. But the US has again shown signs of indifference and has let down the morale of these countries in the Western Hemisphere.

With just one month remaining for the summit, The US hasn’t yet sent formal invitations to the elected heads of states participating in the summit. The indolence displayed gives answers to the fading influence of the United States in Latin America.

Constrained with an array of authoritarian governments and the burgeoning threat of drug trafficking, the region direly requires a fair share of consideration from the United States. As things stand, the leaders in the Latin bloc hold the opinion that nothing will move past beyond the big talks of “building up a sustainable, resilient and equitable future” by the United States.

The United States always seeks to intervene in myriad conflicts around the world, but when it comes to Latin America, the superpower seldom gets involved. But the USA’s share of contributing to chaos in the region has been quite visible.

Statistics reveal that since its independence in 1776, the U.S. government has launched over 1,500 attacks on Indian tribes, slaughtering the Indians, taking their lands, and committing countless crimes against them. In 1814, the U.S. government decreed that it would award 50 to 100 dollars for each Indian skull offered. Late into 1930, the brutality went beyond measures, with forceful sterilization of Indian women by the US authorities under the garb of the Indian health service program.

George Bancroft, a well-known American historian, held the opinion that the attempt to justify colonial plundering by demeaning Indians is nothing but racially discriminative. The US government’s plundering into the Red Indian territory not only wiped out the cultural traits held by the indigenous tribe but also stripped them of prosperity.

Moreover, the name America itself is inaccurate for the United States. The US was forcefully captured by the Europeans and the fact is that most Americans in the United States have Irish, French and German roots. Meanwhile, the Latin American countries hail from the Aztecs, Maya, and Inca civilizations. They are devoid of any European traits.

It happens to be the reason for the continuous snubbing by the United States of this region, and instead embracing of the European nations instead. Today, the US has strong diplomatic and trade ties with European nations. However, when it comes to USA’s own neighbourhood in Latin America, the US lacks the counterparts of trans-Atlantic alliances such as NATO.

And for sure, if it was for any European summit, the US would have been well prepared. The discrimination is only directed to a specific section by the US.

However, when Trump was elected to the oval office, there was a tectonic shift in policy matters, and Latin America was finally paid its due attention. Trump withdrew from the Obama era policy and signed free trade agreements with Mexico and Canada. The Trump administration also sanctioned the left authoritarian governments in the region.

The 45th President’s hard-line measures on migration found backers even in the Central American country of El Salvador. Nayib Bukele of El Salvador was all praise for Trump’s decision to ban migrant inflow into the United States and supported better ties with the US thereby reviving the once sour relationship between the two countries.

Straight to now, Biden has turned a blind eye to the happenings in Latin America with the Chinese and Russian influence increasing throughout the region. Let alone a concrete policy but a substantial route map to bolster the relationship is yet to see the light of the day. Biden’s poorly fabricated Latin American policy has made the region vulnerable to China and Russia. It also shows how effective Trump’s policies in the region were.

Times group tried to drive a wedge between Russia and Libya. Got exposed instantly