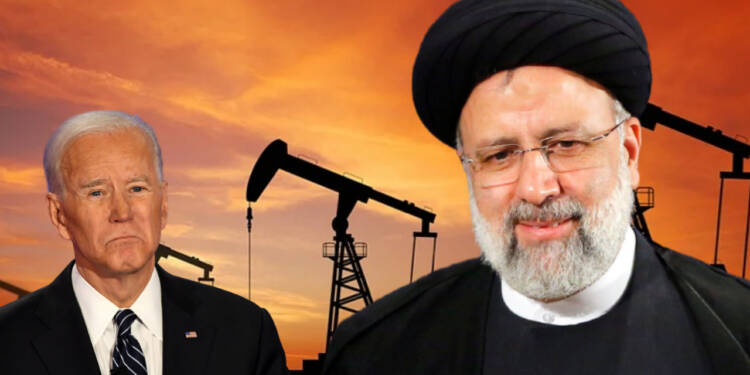 The rising oil prices are here to stay. Following the Ukraine war, many countries with high reserves of oil found themselves in the seat of authority and the biggest among them was Iran.

Iran is a political landmine nonetheless an oil heartland for most of Europe. The changing geopolitics has led the world to look for a possible alternative to Russian energy which gives new political dimensions for Tehran to utilize. With the hostile ties continuing between US and Iran, Tehran is sure to neglect all the diplomatic geniality when it comes to trading oil.

Before the unfolding of the Ukraine crisis, Europe submitted to US diktats in choosing whom to acquire the oil from. It wasn’t any new considering how Europe had always abided with whatever the West used to suggest. Adding to it, the concerns regarding the oil trade were seldom worrying back in the days with an array of options in front of the world to decide on. The Middle East is the epicenter of oil trade across the World providing a relief for the US and Europe to rely upon in times of a crisis. So be the unmarred land of Africa that gave western countries that provided sufficient backing to counter the Middle East dominance.

But the Ukraine crisis has upended the situation to a stage that is beyond repair. The US demarche on the crisis has left the oil powers mulling with many countries holding back in their support for the United States. The discontent between these countries to join the US bandwagon of diplomacy was palpable when many of the oil-producing countries went embracing the alternative option to go with Russia. The biggest heartache the United States suffered came from Riyadh. The crown prince MBS Ignored Biden’s phone calls thus leaving the US administration clueless. The backdrop behind this daring act from the Crown Prince mainly pointed fingers at the lethargic US response to address the Houthi attacks on Saudi oil refineries.

The Saudi kingdom loathes the US attempt to bring JCPOA deal back to the table and after all, rendering support for a country that Riyadh considers a nemesis simply hardens the kingdom’s stance on trade with the US.

With Venezuela and Algeria not falling in line with the US demands, the Ukraine war cleaved space for Iran to fill the void left by the oil superpowers. But with its energy sector under sanctions and the JCPOA at standstill, Iran won’t hurry its chances to be a messiah for the West and Europe. The countries within the European bloc have seen a pressing need for oil in a manner that seems unprecedented. Moreover, Europe always wanted a trade deal with Tehran but that seemed a tall task considering how Europe abided with the US line of politics for all these years.

Read more: Has Germany jumped into bed with Iran? Or France, is it? Or Spain?

“Iranian leaders probably consider stronger domestic economic performance, limited US enforcement of oil sanctions and broader Western distraction given the Ukraine war as reasons not to be desperate to secure a deal,” said Henry Rome, an Iran analyst at Eurasia.

Iran has reaped the benefits of the Russia-Ukraine war with a trade deal with China and the recent talks with Venezuela also manifest how the Islamic republic looks adamant to flout the US imposed sanctions. The Ukraine war along with the US distraction of prioritizing Russian sanctions has opened a window of opportunity for Tehran to materialize. In the coming days, Tehran will embolden its stance in the negotiation talks bringing in conditions that the US may need to bow down to.