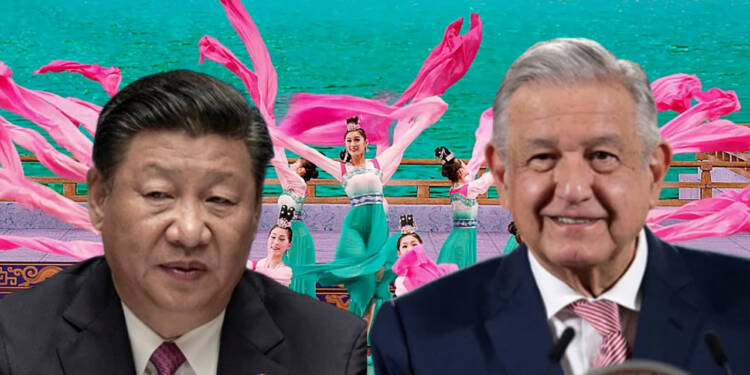 The rogue regime in China needs no introduction. The acts of brutality and intimidation committed by the communist forces in Beijing are a case study of what the nation stands for when it comes to freedom and expression. No country can match China’s audacity in interfering and stifling voices that the ruling elites in Beijing adhere to. Even if it needs to cross the Atlantic in doing so, China may well give it a try.

A New York-based performing arts company has been at the receiving end of Chinese ire for revitalizing the traditional Chinese culture on the global stage. The move has indeed irked the power circle in Beijing.

China never acts late and thus followed the nefarious intimidation tactics from Beijing that have now gone ridiculous with diplomatic pressures on theatres hosting the show.

The constant ploys of Chinese intimidation never wavered the Shen Yun Performing Arts Company. The annual tour conducted by the company has been subjected to numerous threats by Chinese forces through diplomatic pressure on theatres and local governments. The Chinese efforts by some means achieved what it aimed for with its coercing tactics, but it couldn’t go any wrong when it came to breaking the resoluteness of the group.

This time, Shen Yun is braving an act titled “China before Communism” in Mexico, where the company is set to perform in five major cities. The act is about to begin in a week, and this prompted China to go at Mexico’s door with sly diplomatic talks to thwart the ‘Anti-China’ activity.

The Chinese embassy has reached out to Mexican officials through letters, emails, and phone calls according to a report emerging from the Epoch Times.

“Falun Dafa Association Mexico … will organize a tour of “Shen Yun” in the Teatro Metropolitano in Querétaro on May 10th and 11th of this year, an event to which the Chinese part firmly opposes,” Zhao Heng, an embassy attache, wrote in a May 4 email to the agenda coordinator for the Querétaro government.

Falun Dafa is a meditative exercise that abides by the morals of truthfulness and tolerance. It was rampant in China before the ascension of the communist regime. Discerning the vast following for the custom, the regime in China transcended to their vile best in eradicating the age-old practice that they perceived as a threat to communism.

Nevertheless, the current Chinese efforts in Mexico offered an Anti-climax. The Chinese pressure couldn’t pressurize the Mexican officials to stop the company from performing the show.

Read more: Spain and China were sucking Mexico dry off its Lithium wealth. Mexico has hit back

The theatre refused the embassy outright, telling them “they were going to continue with the shows as they had been scheduled from the beginning,”

Unlike other Latin countries, Mexico’s relationship with China has never been cordial. This was partly due to Mexico’s balance in diplomatic ties with China and its arch-rivals, the United States. Even while effectively navigating through the Latin space, China found Mexico very challenging. And straight to now, the current diplomatic rebuke would be the last thing that Beijing hoped for, and it would further deteriorate the unbalanced trade between the two countries.

And, the success of the Shen Yun group lies not just in the act, but in the message, it tries to bring to the people.