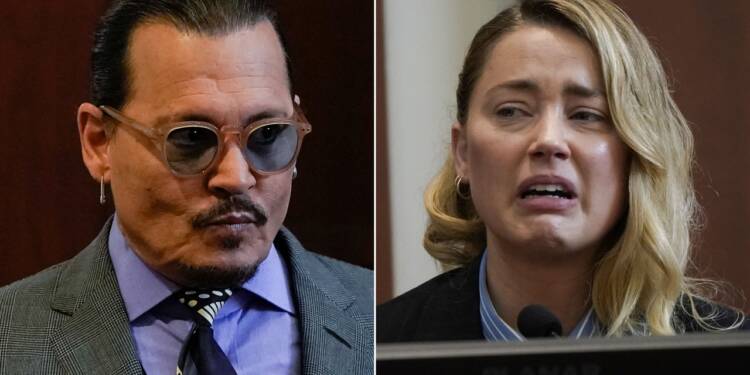 In the modern world, it is quite easy to make allegations, amplify them on social media and mainstream media, and gain publicity at the expense of another individual. Accusations are often taken seriously due to pre-conceived notions and biases, especially when the names of big celebrities are involved.

Take the case of Johnny Depp and Amber Heard- the couple who had tied the knot in 2015, before Amber Heard started making wild allegations of domestic abuse against the “Pirates of the Caribbean” actor. However, when the matter went to court, Johnny Depp and his team of lawyers were able to get Amber Heard to expose herself.

The relationship between Depp and Heard is believed to be a decade old. The two are said to have started dating in 2012, following Depp’s separation from a longtime partner, French actor Vanessa Paradis. Depp and Heard are believed to have met on the set of the 2011 flick The Rum Diary.

A couple of years later, the two got engaged, and a year later, they also got married. They were one of those high-profile, celebrated couples at the center of the entertainment world. However, their love affair would last only till 2016, when Heard filed for divorce, citing irreconcilable differences. And it was at this point that a series of allegations, withdrawal of allegations, and new allegations started on Amber Heard’s part.

Wild allegations and about turns

In 2016 itself, Heard had applied for a restraining order against Depp, in which allegations of domestic violence and abuse were made. The allegations included throwing a cellphone at Heard, screaming, grabbing her face, and pulling her hair.

The LAPD said in May 2016 that police officers who responded to a domestic incident radio call on the 21st of that month found “no evidence of any crime.”

Later, Heard and Depp settled their divorce. In a joint statement, the two of them stated, “Our relationship was intensely passionate and at times volatile, but always bound by love.” It added, “Neither party has made false accusations for financial gain. There was never any intent of physical or emotional harm.” The matter could have ended here but in December 2018, Heard penned an op-ed in The Washington Post titled, “I spoke up against sexual violence — and faced our culture’s wrath. That has to change.”

The op-ed stated, “Like many women, I had been harassed and sexually assaulted by the time I was of college-age. But I kept quiet — I did not expect filing complaints to bring justice. And I didn’t see myself as a victim.”

Depp has had enough. So, in March 2019, he filed a $50 million defamation lawsuit against Heard. During this trial, Heard seems to have exposed herself.

Read more: How the televised hearing of Johnny Depp – Amber Heard turned the tide in favor of Captain Jack Sparrow

The Johnny Depp-Amber Heard trial is being held in Virginia and is being telecast live. So, the entire US can see the truth get unmasked.

To be fair, Johnny Depp has been hounded like an accused person in the ongoing case, even though he is the one who sued Amber Heard. Attempts at character assassination were made against him and his personal life including drinking habits was roped in by the opposite party.

Anyhow, Depp seems to have remained unshakable throughout the case. Have a look at this video clip, for example, in which the actor explains, “Sir, if anyone had a problem with my drinking, at any time in my life, it was me. The only person I’ve abused in my life is myself.”

#johnnydepp to Rotten🤡 “Sir, if anyone had a problem with my drinking, at any time in my life, it was me. The only person I’ve abused in my life is myself.” #justiceforjohnnydepp pic.twitter.com/9fUuu3AONA

And if that is not enough, look at this other video in which Depp confidently denies the allegations leveled by Heard. He also explains how the allegations and their amplification have affected his life. Johnny Depp’s demeanor and body language show that he is confident about proving his side of the case.

Twitter stop deleting my post. This is heartbreaking. Amber heard I fucking hate you, you’re a despicable species of a human being. @Eve_Barlow is this the kind of woman u’re so keen on fighting for? Fuck you both. #JohnnyDepp #AmberHeardIsAPsycopath #JohnnyDeppDeservesJustice pic.twitter.com/IdS60NHCBo

What is Amber Heard doing on the other hand? Well, in the courtroom, she seems to deny being a fan of Johnny Depp or his iconic work. But during an old interview for the Rum Diary, she had herself exclaimed, “I mean, who isn’t a fan of Johnny’s!” So, there’s a contradiction visible on the face of her statement.

What else? We found her using her acting skills to push through her version, from copying Rihanna to drawing inspiration from the movie “The Talented Mr. Ripley”.

Amber Heard: "When I was around Johnny I felt like the most beautiful person in the world—then he would disappear"

Talented Mr. Ripley: "The thing with Dickie, it's like the sun shines on you and it's glorious—then he forgets you and it's very cold"

Watch the clips side by side pic.twitter.com/WKkvjLfDKL

Amber Heard, therefore, stands exposed with her antics and loose defense. Johnny Depp has led Amber Heard to expose herself and that too inside the courtroom.