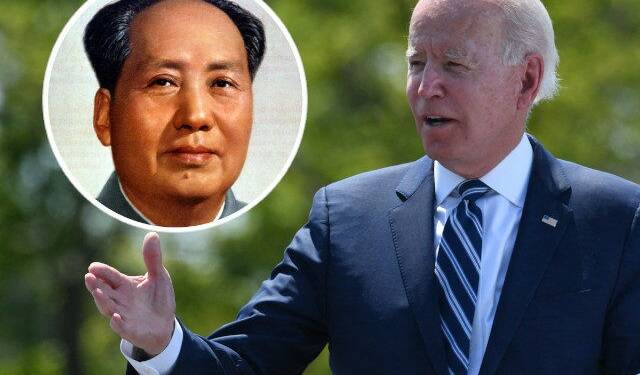 At the 2022 ‘Teacher of the Year’ ceremony hosted by the White House on Wednesday, President Biden claimed that school children don’t belong to parents “when they’re in the classroom.” He added, “They’re all our children. And the reason you’re the teacher of the year is that you recognize that. They’re not somebody else’s children. They’re like yours when they’re in the classroom.”

Biden trying to distance kids from their parents

Biden appears to be trying to turn children against their parents. That is essentially what the radical left in the United States is attempting to achieve. Parents have recently united as a powerful bloc against the radical-left agenda being pushed forward by American schools in the name of education. Liberals hope to disrupt conventional family structures in the United States by creating a schism between children and their parents. They want to make tiny children into rebels, turning them into reverse racists who despise all white people.

Subjects like critical race theory are equally difficult for parents. They are emphasizing to schools that racial fiction cannot be passed off as education to children. To top it off, children are being taught unscientific gender studies and sex education as if it were a new science, but it is all pseudo-science. Parents, too, are speaking out against these issues.

But as a matter of surprise, the FBI has been conducting multiple investigations into parents who protested various education policies, according to a letter from House Republicans.

Read more: Biden on a dirty campaign to make parents the biggest enemies of school Children

This is something similar to what Mao Zedong did during the Cultural Revolution in China in 1966. By the mid-1960s the government Mao had established was weakening. Groups opposing him had emerged in the Chinese Communist Party and in the army. His economic policies had failed. Leaders opposed to him wanted better economic policies even if it meant moving away from the principles of Communism. Mao also was a believer in a permanent, ongoing revolution. Thus he called for a cultural revolution in 1965. One of the main agendas of this cultural revolution was to bring in education reforms and accordingly brainwash the youth.

Youth in China at the time were brainwashed to the point where they turned against their own parents. The kids changed their names in a flurry of excitement. “According to Zhang, a revolution victim,” “It wasn’t just our house where a child would criticize their parents. It was being done all around the country.

“Thirty-six million people were hounded and perhaps a million died in the turmoil unleashed by Mao Zedong in 1966. They were condemned by their political views and social background or someone’s whim, enmity, or attempt at self-preservation through incriminating others.

“Those with ‘bad parents’ suffered a lot and they resented their parents instead of resenting the system which brainwashed them daily,” added Michel Bonnin, of Tsinghua University.

“They were taught to “draw a line” between themselves and the enemy by denouncing their parents. It was their only option for survival. Many youngsters were assaulted or sometimes executed for attempting to shield their parents from Red Guard violence.”  We can conclude that Biden is “Mao in the making” given that he is pursuing a similar strategy.