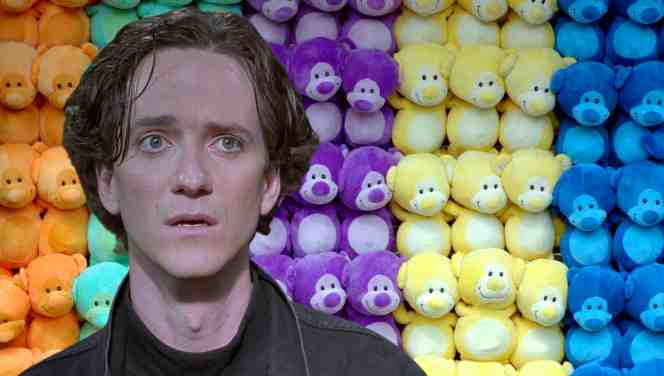 A Michael Baldwin Biography and Career

A Michael Baldwin is an actor, producer, and screenwriter from the United States. He rose to prominence as a child actor in the films Phantasm (1979) and its sequels, playing Mike Pearson. In this article we are going to talk about the biography, career, notable works, films and family of Actor A Michael Baldwin so read the article till the end.

A Michael Baldwin is the son of animator Gerard Baldwin, who worked on cartoons including The Jetsons, Rocky and Bullwinkle, and George of the Jungle.

A Michael Baldwin began acting in his teens and was a member of California State University’s Teenage Drama Workshop. He’s best known for playing Mike in the Phantasm movies (except for Phantasm II). Baldwin practices Eastern Mysticism and took a break from acting in the 1980s to investigate his spirituality.

His most recent achievements include writing, producing, and starring in Vice Girls and its sequel. In Los Angeles, he has also taught acting classes and workshops. Baldwin attended the Phantasm Reunion at Texas Frightmare Weekend in May 2015. He and his two children, as well as his fiancée, currently reside in Austin, Texas.

Filmy biography of A Michael Baldwin

A Michael Baldwin is a famous television and film celebrity and he worked in so many movies, this biography article is incomplete without talking about his films. So here you will gain info about his films and projects.

He has a Twitter account @AMichaelBaldwin yet he is not active on the platform. He is followed by only over 538 people. He introduces himself as “Actor, writer, producer, director, musician. Star of PHANTASM! Father of 4. King of Badminton – crushing all 12-year-olds in path to Olympic Glory!!!”.

Short biography of A Michael Baldwin

In Japan, he was a teen idol.

A Michael Baldwin used to go to the International Whistling Competition in North Carolina every year when he was little. In the art of whistling, he was ranked seventh in the world.

There is no relation between him with the Baldwin brothers, Alec, Daniel, William, and Stephen.

He is currently residing in Austin, where he will be teaching acting.

He is currently teaching acting in Austin, Texas at his own school.

Thoughts of A Michael Baldwin about Japan

When I was in eighth school, we went to Japan on a promotional trip following the release of Kenny & Company (1976), and it was exactly like the Beatles when we walked off the plane. It was wonderful. We were pursued by 200 shouting Japanese females down the street and forced to flee in a limousine. Then they swarmed the automobile, of course. It was fantastic.

I continued to work as an actress until I was about 22 years old. I did numerous commercials, television appearances, and the entire routine. I studied acting, became a musician, and then, when all of my friends left for college, I went off to find an Indian guru and lived on an ashram, where I had a wonderful experience.

Jazz is the only original art form in America.

We hope this biography article of A Michael Baldwin will be helpful for you to understand his journey and works.