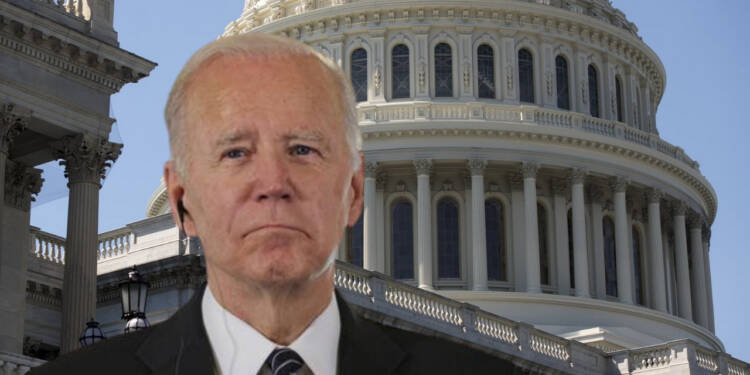 US President Joe Biden never sits back from setting the cat among the pigeons. This can be backed by his statements during a press briefing on Monday in Tokyo. Biden surely can’t get over from playing the Taiwan card. President Biden evinced his inclination of intervening to defend Taiwan in any attack from China. Now, this tendentious statement from the US president raised brows of the Chinese officials. As these comments were swerving from the time-hallowed “strategic ambiguity” policy of US towards China and Taiwan tussle.

Questioned in the press briefing whether the US would be involved militarily to defend Taiwan after not doing so in Ukraine, Biden retorted, “yes—it’s a commitment we made.”

“We agree with the One China Policy, we signed onto it and all the attendant agreements made from there,” Biden added. “But the idea that – that it can be taken by force, just taken by force, is just not – it’s just not appropriate. It will dislocate the entire region and be another action similar to what happened in Ukraine.”

“It’s a burden that’s even stronger.”

But US President’s mind seems to be in a conflict with itself as earlier in the briefing he said that US ‘strategic ambiguity’ policy towards Taiwan “has not changed at all.”

Now, this is obvious to ensue the White House and Biden into a tussle. White House officials broke down the US Prez’s remarks to be in compliance with the long-standing policy else ways it would be a landmark shift of the same. White House officials later clarified that Biden simply meant to defend Taiwan by providing military equipment to Taiwan and not meddling and sending troops to the island’s defense if the mainland attacks.

Well, well, this is not just the first instance of Biden using language about Taiwan that distracts from the policy since he has taken the office. In the past year itself, Biden or his allies had to clarify his remarks made on four such occasions about Taiwan being an “Independent” island. Unlike them, his comments on Monday were particularly concerning as they came out at a high-profile event on his first trip to Asia. Chagrin!

Amidst already growing tensions in Taiwan as the mainland is bracing up to invade the island, Biden’s remarks come out as a bonanza. This ongoing confusion with Taiwan’s aid can prove to be a boon to the paper dragon’s barbaric dreams. According to the recently leaked audios from the utterly confidential meeting of the CCP commanders, the mainland is drawing up to take over Taiwan. Despite the warning to the commanders to not leak the confidential details of the meeting outside the room, one had the courage to challenge the paper dragon’s wrath.

As soon as the meeting started a military general apparently activated his recorder and in no time the agenda of the meeting was out which was to invade Taiwan and restraining US and its allies from defending it. Awe! Certainly, it left Xi Jinping dumbfounded. Now, what seems inevitable was the emergence of a political sandstorm in China. As reported by a Chinese journalist, Jennifer Zeng, four top military officials were executed along with the arrest of all the commanders present in the meeting.  One of her tweets read, “4 generals executed, many arrested after this file was exposed. This is said to be the biggest proactive rebellion from inside the #CCP’s army! The entire (world) should be concerned.”

China’s plans of invading Taiwan were disclosed before the world leading to Beijing’s insecurity. Adding fire to China’s injuries, US president made remarks about defending Taiwan, which is surely enough on China’s plate. Biden’s remarks angered Beijing, which has warned the US repeatedly over its increased support for the island.

Also Read: While Biden sticks to One-China policy, Republicans threaten to sanction China if it tries to invade Taiwan

Yang Jiechi, Beijing’s top diplomat, last week issued a similar warning to National Security advisor Jake Sullivan. “If the US side insists on playing the Taiwan card and goes further and further down the wrong road, it will certainly lead to a dangerous situation,” he said.

“Our government remains unwavered in its resolve to firmly defend Taiwan’s freedom, democracy and security,” Taiwan’s Foreign Ministry said in a statement. “We will continue to enhance our self-defense capabilities, and deepen cooperation with like-minded countries including the U.S. and Japan to jointly safeguard security in the Taiwan Strait and rule-based international order.”

Evidently, Biden and the White house’s statements are at a tussle creating a blur picture for Taiwan. But, this topsy-turvy can play in the hands of China!