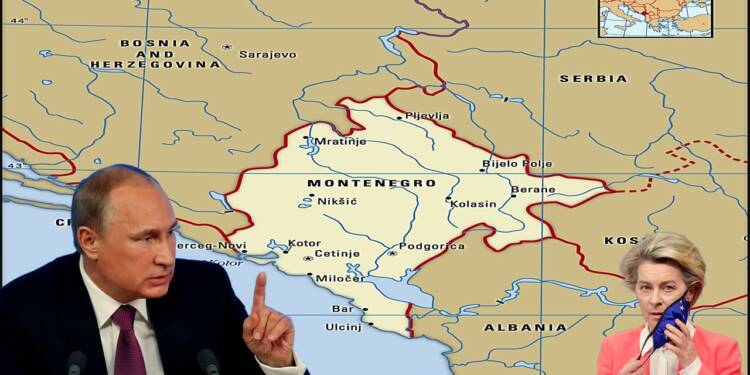 The small mountainous country in the Balkan peninsula, Montenegro declared independence from Serbia in 2006 and spirited enthusiasm by applying for EU membership in 2008. Over the years Montenegro metamorphosized itself into a promising land by opening up its economy, joining the NATO, and solved down all the impending issues it had with its neighbouring countries. But one thing remained the same as before. The Nation couldn’t make it to the European Union!

Montenegro envisioned only one dream and that was its ascension into the EU. To make the situation more conducive, the Balkan country adopted policies that aligned 100% with the European Union, if not more. But with time passing out, the course towards Brussels got more labyrinthine than before with ecological and judicial problems cited as the reason for hindrance. The dark clouds that halted Montenegro’s progress forced them to look for doors that could help achieve new hopes for the Balkan nation.

With a myriad of options in place, Montenegro finally zeroed in to join a group that has been giving severe pain to the ruling circle in the European Union. Yes, The Open Balkan initiative.

The open Balkan initiative is a brainchild of Serbia, which roped in like-minded countries including Albania and North Macedonia intending to establish a region without barriers to trade that included movements of goods, services, people and capital.

“Montenegro is making every effort to promote a policy of regional cooperation, reconciliation, coexistence, and better economic cohesion in the Western Balkans  Relations with Serbia are a priority – we are ready for intensive cooperation in all areas of common interest,” Quoted Montenegrin Prime minister Dritan Abazović.

Read more: Montenegro was a Chinese colony. And then Dritan Abazovic became the Prime Minister

This move is in stark contrast to Montenegro’s previously held stance where they lamented the initiative as a pale imitation of the Berlin process and feared it could finally lead to dampening the prospect of joining the EU.

The inclusion of more countries into the group is of grave importance simply for the fact that this bloc is headed by Serbia. The same country that has been sending popular political messages ahead of the Belgrade elections and has been tilting towards Russia ever since the Ukraine war of February.

Serbia has quite a similar story along the lines of Montenegro when it comes to getting into the EU and it also has the credit of being the only country in Europe apart from Belarus that never joined the EU action of putting sanctions on Russia.

The final shock and the juicy part is that, it will be Russia that would play the ghost within and will control the new bloc of the powerful Balkan countries. Serbia is over lenient on Russia and would never brave a conflict with Kremlin. The countries that are joining the initiative would hope for an easier ride and that can only be perfected by Russia.

EU on its part has failed to win the heart of the Balkan countries and it is too late for course correction as Russia is already in control.

With the banal hopes of joining the EU getting dashed, Montenegro has joined Serbia and has played the macabre role in perfection against the European Union. A new European union looks vivid with Russia in the lead and this could truly change the global order if more countries emulate Montenegro.