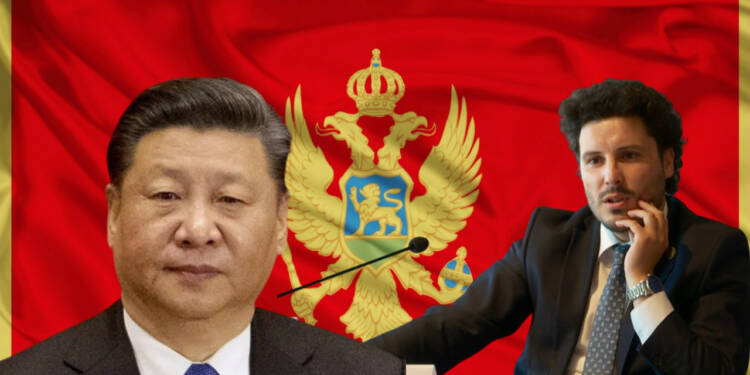 Montenegro, a country in the west Balkan region of Europe has been known for being a nation inclined towards Chinese hegemony.  The inclination has been visible through the years prominently during President Milo Djukanovic’s autocratic rule of 30 years.

In his tenure, he literally played into China’s hands. Since then, all of the nation’s policies had been in China’s interests. For instance, In 2014, Montenegro signed a contract with China Road and Bridge Corporation (CRBC) to construct a 42-km section of the Bar-Boljare highway.

The list is quite large enough to conclude that Montenegro was more of its own colony for China. For years, Montenegro never looked at the EU as a substitute for China. But, with Dritan Abazovic becoming the Prime Minister, the equations are probably changing.

Montenegro voted to integrate with Europe

In 2020, Montenegro voted for the integration of Europe. For 2 years,  Zdravko Krivokapic remained as PM of Montenegro. In April 2022, The Montenegro parliament approved Dritan Abazovic as Prime Minister of Montenegro, who by his actions feels like a China-hawk.

Abazovic has formerly served as deputy prime minister in the previous Krivokapic government. He believes that his government will ‘rest on two main pillars, the rule of law and economic development.” furthermore, he states that, “Montenegro needs political and social stability.”

This is definitely not good news for China as Abazovic clearly meant that he wants to cut foreign intervention in the nation for the stability of the region. And, trust us, in just one month of his election he has already started creating a framework to kick China out.

Yes, Dritan Abazovic is a China-Hawk and it is visible through his actions and statements. This is possibly the first time in decades that a China Hawk has ended up as PM of Montenegro.

When elected, Abazovic had stated that his main goal is to unblock the process of European integration and he has recently started working on it.

Montenegro on his first-ever visit to Brussels has announced that Montenegro is going to end its controversial economic citizenship program will end on December 31. The scheme was benefiting China as people were investing and receiving second citizenship.

Abazovic knows that terminating this Golden passport program would stop the artificial influx of citizens who may be controversial.

Furthermore, he has stated many times that China needs to be thrown out of the region. While working as Deputy PM, Abazovic had asked the EU to help Montenegro repay a billion-euro loan to China’s Exim Bank, to help reduce China’s influence in the country. But, the adamant EU neglected its plea.

Furthermore, In October 2021 Montenegro for the first time signed the Joint Statement on the Human Rights Situation in Xinjiang at the UN General Assembly alongside 42 other nations. The move shocked China.

Read More: Montenegro is at the risk of turning into the first country fully colonised by China, but Russia won’t allow that

With the end of Djukanovic’s 30-year rule, Montenegro has begun to pull away from China. This is bad news for China, which had hoped to keep Montenegro as a Chinese colony.

However, it is under Dritan Abazovic’s leadership, that the government has begun to make preparations to move closer to the EU, which will be considerably more beneficial to the Balkan nation.