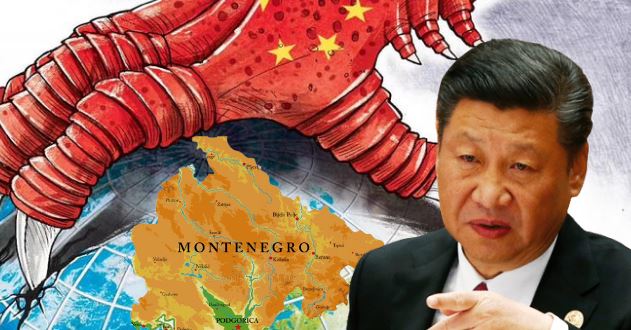 I will build an ultra-expensive highway in your country that doesn’t connect any two human settlements, and if you fail to pay back the loan, I will grab a piece of your territory. Doesn’t this sound like a colonial contract? Well, this is exactly what China has done to Montenegro.

Montenegro has been looking to build a highway project for quite some time. It plans to connect the Port of Bar in the south with the Serbian border in its North through a 165-km long highway.

Western powers however weren’t bullish on the project. A British consultancy had even found that the project was not economically viable. And this is where China came in.

In 2014, Montenegro signed a contract with China Road and Bridge Corporation (CRBC), a subsidiaries of the Chinese State-owned China Communications Construction Company (CCCC). Under the contract, CRBC was supposed to construct a 42-km section of the Bar-Boljare highway.

However, the 42-km long highway came with a condition. Montenegro had to sign a loan agreement with China’s State-owned Exim Bank.

The loan was worth nearly $1 billion, which sounds outrageously expensive for a 42-km section of the highway. Also, the loan agreement has two egregious conditions-

Talk about conflict of interest- China is the one constructing the project, it is also the lender and the arbitrator. Beijing can really twist things the way it wants to.

Now, if Montenegro fails to repay the loan, China will have the option of usurping a strategic territorial asset like the Port of Bar on the Adriatic Sea. This is not only an unsavoury prospect for Montenegro, but also a threat for the EU as it will lead to its rival, China, establishing its foothold next door.

The highway from nowhere to nowhere

But what about the highway that China was supposed to build? Well, it was supposed to be constructed by May 2019 but at the end of 2021, the road was still not open to public. Why should China fast-track the project? Even if a dispute arises, a Chinese court will act as an arbitrator and definitely rule in Beijing’s favour.

And the project is in any case economically unviable. It is not going to benefit Montenegro, because it literally makes no sense. Montenegro’s former Justice Minister Dragan Soc said, “We make a joke: It is a highway from nothing to nothing.”

Meanwhile, Montenegro’s economy is already facing the pressure of the Chinese loan. Last year, it was reported that Montenegro’s national debt has risen to 103 per cent of its gross domestic product (GDP).

Last year, the country narrowly avoided a default on the first series of repayments to China’s Exim Bank. However, the risk of default still looms large over the country and there is a constant threat that China would usurp a piece of Montenegro’s territory.

Turning to the European Union

The highway deal with China was signed by the previous Milo Djukanovic government. Djukanovic is still Montenegro’s President but a new government came to power in 2020. The new Prime Minister Zdravko Krivokapic made his intentions of clearing the debt soon after assuming office.

Krivokapic said, “Here, we have a saying: ‘Debt is your worst enemy'”. The Prime Minister added, “When it comes to the financial risk, we are convinced that this Article 8 can never be activated, that Montenegro will do whatever it takes to become a stable state in economic terms.”

The new government has turned to the European Union and the United States for help. Last year, it managed to repay the first installment of the Chinese loan with the help of an agreement with American and EU banks to hedge the debt. This effectively means that the rate of interest on the loan has dropped from 2 percent to 0.88 per cent.

Read more: China was playing the European Union for years, now the EU is playing China

Montenegro has learned the risks of partnering with China the hard way. It has been clearly debt-trapped by Beijing. And worse still, it hasn’t got any viable or useful infrastructure in return.

Read more: Montenegro is at the risk of turning into the first country fully colonised by China, but Russia won’t allow that

Now, it has become a cat-and-mouse game between China and Montenegro. China is eagerly waiting for Montenegro to miss a repayment. As soon as that happens, Beijing will take over a part of Montenegro’s territory and start its colonisation project in the Western Balkan country.
Tags: ChinaDebt trapEuropeExhaustive ReadMontenegro
ShareTweetSend
Previous Post