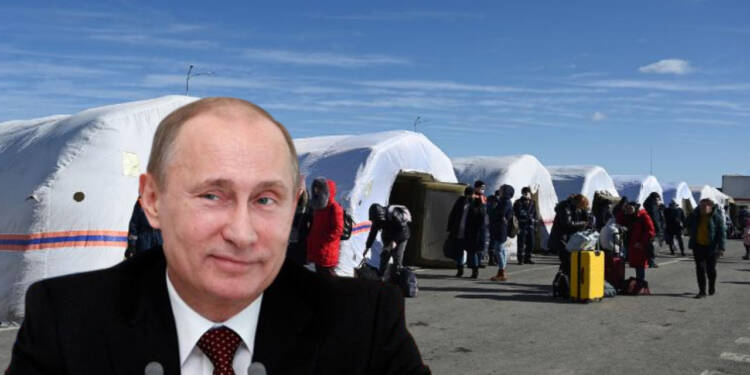 Roughly 30 years after the Soviet Union fell apart, Russia’s Far East is still failing to realise its full potential. The Far East, which covers approximately 2.7 million square miles and accounts for almost 40% of Russian land, is larger than most countries. Natural resources abound, including oil, natural gas, coal, lumber, shellfish, and a diverse spectrum of valuable minerals. Its southern regions have long been a hub of agricultural activity, with over 2 million hectares of cultivated farmland suitable for cultivating wheat, rice, corn, soybeans, and barley.

Russia’s far east has traditionally been a dormant region due to a variety of factors. To begin with, because the West has a larger population, the Eastern region has a lesser degree of economic activity.

Putin, on the other hand, has begun to concentrate his efforts in Russia’s far east. Putin issued a call to action during the Eastern Economic Forum in Vladivostok, a port city on the Pacific coast, last year. He claimed that Russia need a new generation of explorers to resurrect the country’s eastern frontier. “The Far Eastern region’s development is extremely important to Russia,” Putin remarked, pushing the present businesses to invest in the region. It was crucial for “the development of our country not [only] for decades, but for millennia to come,” he added.

The Russians have long planned to develop their far east, but the speed with which they are moving on re-settlement and related challenges is unprecedented. Thousands of people have been moved from Eastern Ukraine to Russia’s the Far East.

Nevertheless, this move does come with two major implications:

First, Russia’s untapped resources in the far east could be used to their full potential.  As previously stated, the far eastern Russian territory is rich in natural resources. And this would undoubtedly boost Russia’s economy, particularly as post-war rehabilitation would be accelerated. And, of course, the establishment of the far east would lead to an increase in tourist activities in this previously undiscovered region, resulting in new economic potential.

Read More: Russia gears up to chase Chinese fishing fleets out of the Arctic and the Russian Far East

Secondly, there has always been the threat of China expanding its actions in Russia’s far east. Since the dissolution of the Soviet Union, Russian anxieties over China’s continuous push into the Far East have grown. Since 1991, the region’s population has fallen by 20% to barely 6.28 million people, a figure that will drop to 4.7 million by 2025. On the other side, 110 million people live in China’s three northeastern regions.

Vladimir Putin famously predicted that “Russians in the border regions will have to speak Chinese, Japanese, and Korean within a few decades” unless long-term trends were reversed shortly after assuming office in 2000. Putin returned to the matter twelve years later, calling the development of the Russian Far East “the most critical geopolitical task” that the federation faces. As Putin now is resettling the Ukrainians here, obviously that would lead to increased investments and also restrict China’s efforts in the far east. Notably, the Vladivostok region will also be monitored.

Russia’s bold move demonstrates that the country now intends to ensure its safety on all fronts. It invaded Ukraine on the western front as part of NATO’s aim to push to Russia’s western border. And today, by expanding settlements in the far eastern section of the country, it aims to ensure that its eastern border is secure, particularly against China’s expansionist intentions.