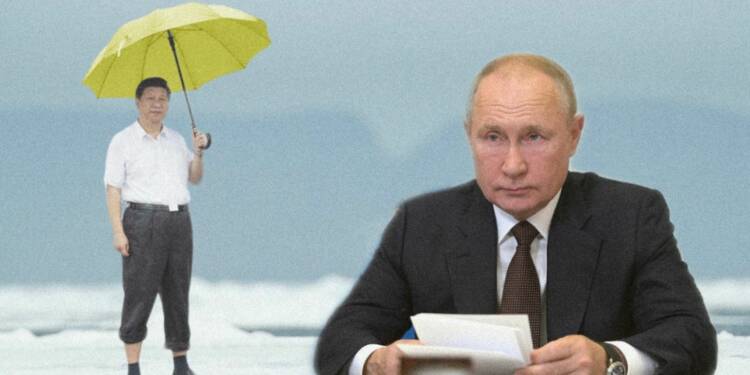 Putin accelerates the development of the Russian fishing industry

Russia is a fishing giant in its own right. Presently, it is the fourth-largest exporter of seafood in terms of volume. With the Arctic melting up due to global warming and paving way for a commercial activity like fishing, Russia plans to further propel its fishing industry.

In fact, the Putin administration wants to double Russia’s fishing exports by the year 2024. Therefore, Russian fishing operators have revealed plans to encourage greater investment in fisheries. There is an attempt to accelerate the roll-out of state-of-the-art vessels, modern seafood processing plants, and improved railways.

Petr Savchuk, deputy head of Rosrybolovstovo, the Russian Federal Agency for Fishing, said, “There has been around $5bn invested in the Russian fish industry.” Savchuk added, “But this is just the beginning.”

In 2018, Russia started working on its grand fishing plans. The construction of 35 new fishing trawlers and 20 new seafood processing plants was kickstarted at that time. The focus of Russian fishing development is centred around the country’s largest fishing ports on the Far East seaboard.

The Russian Far East is at the core of the Russian fishing industry. Moscow has therefore unveiled plans to develop rail hubs across the country to facilitate quick movement of raw goods in the world’s largest country from major fishing ports in Kamchatka to Russia’s Atlantic side, including its primary fishing export hub in Murmansk.

Putin’s plan is to accelerate the development of fishing hubs in the Russian Far East and also to encourage the development of cold storage and transportation facilities in order to ensure that fish procured in the Far East can be shipped to Western Russia, Europe and the US.

Russia, which has the largest territory in the Arctic, is worried about China’s Arctic fishing ambitions. In its Arctic Policy White Paper, China made it clear that it wants to utilise Arctic resources in a lawful and rational manner. Yet, we all know how China’s lawful and rational attitude works out.

Anyhow, fisheries in the parts of the high seas of the Arctic Ocean are specifically mentioned in China’s plans to utilise Arctic resources. In the South China Sea, Beijing wants to avoid a legally binding Code of Conduct because it claims historical primacy in the region. However, at the same time, China doesn’t accept Russian primacy in the Arctic and supports an international agreement on the management of fisheries in the high seas portion of the Arctic.

Timo Koivurova explained that because China is only an observer of the Arctic Council without voting rights, and therefore “by invoking the entire framework of international law, China places itself in the drivers’ seat.” China is therefore looking to misappropriate even the Arctic fishing resources.

Russia, on the other hand, perceives the melting Arctic as its shortcut to realising its superpower ambitions. Putin simply doesn’t want to give a share of his Arctic fish to Jinping.

Putin would be particularly perturbed by China’s earlier attempts to stake claim over the Russian Far East including the region’s capital- Vladivostok.

Will fishing instigate enmity between Russia and China?

Make no mistake, Moscow and Beijing are already at the loggerheads over a variety of issues. China is eating into Russia’s privileged sphere of influence in Central Asia and Eastern Europe, while also staking claim over the Arctic and the Russian Far East.

The two countries share a lot of geopolitical tensions, with Russia going as far as militarising the Arctic in order to push back against an expansionist China. However, fishing might prove to be the final straw as a visibly miffed Russia seeks to protect its sea resources from the Chinese fishing armada.