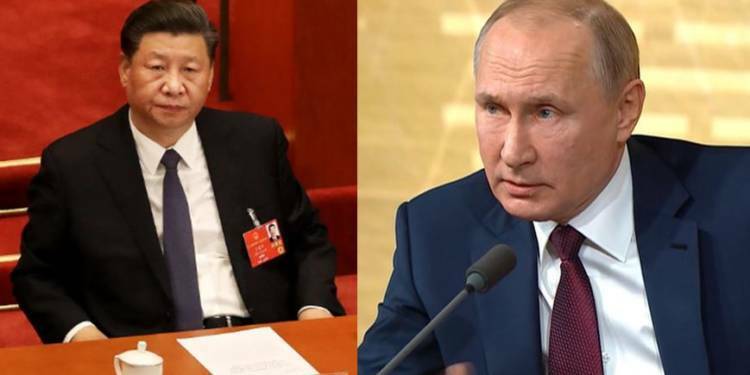 In a major shock to China, Russia has reopened a Soviet-era laboratory with the purpose of testing weapons in extreme Arctic conditions. Russia faces only one threat in the inhospitable Arctic region- Beijing. And Putin is therefore tightening his defences to take on a belligerent China.

The latest development is a part of Russian President Vladimir Putin’s drive establish military infrastructure in the resource-rich Arctic region, which is opening up to shipping activity due to climate change.

The Central Scientific-Research Institute for Precision Machine Engineering, which manufactures weapons for the Russian military, has disclosed that it reopened testing chambers to simulate weapons in extreme weather conditions. The testing chambers had been closed after the Soviet breakup in 1991.

Sergei Karasev, a senior official at the centre, said, “Certification was the final technical stage in restoring the unique testing technology that was lost after the Soviet collapse and that was only owned by our institute.”

As per the Russian weapons-maker, the reopened facility is capable of test-firing small arms, special grenade launchers and small-cannon armaments in extreme weather conditions ranging from minus 60 and plus 60 degrees Celsius.

Russia’s Arctic weather weapons-testing plans come as a huge blow to China’s Arctic domination ambitions. Beijing wants to occupy the Arctic by the time the snow-covered region melts and paves way for resource exploration as well as maritime trade.

China even calls itself a “Near-Arctic State”, though it is a different matter that China is as far away from the Arctic as Poland. Russia, on the other hand, doesn’t buy China’s “Near-Arctic State” rhetoric. In fact, Russian authorities strongly assert the primacy of eight Arctic countries in the region.

Moscow runs the Northern Sea Route along the Russian Arctic coast and China wants to build a ‘Polar Silk Road’ in the same region, which is bound to put the two big powers on a collision course.

But it was being felt that with Biden set to take charge of affairs in Washington, Putin might get mollified on the China front. With Trump at the helm of affairs in the White House, Putin remained hopeful of rapprochement with the United States and was also ready to perceive China as a common enemy along with the US.

Biden is, however, a Democrat, and therefore considers Russia an enemy and China only a competitor for the US. Putin doesn’t want to make two big enemies in the form of China and the US. So, after Biden’s apparent victory, the Russian President has started sending out feelers to China.

Yet, Putin is not a weak leader who would compromise on Russia’s national interests. By reviving a Soviet-era laboratory for testing weapons in extreme Arctic conditions, he has sent a loud and clear message to China- stay away from the Arctic.

Russia might not longer be ready to antagonise China, but it is still not going to let the paper Dragon occupy even an inch of the prized Arctic lands.