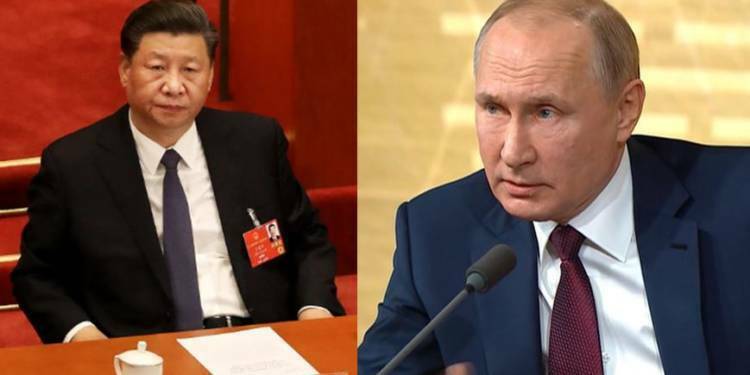 The Arctic is suddenly heating up with the two authoritarian giants- China and Russia competing for the resource-rich region that will become amenable to maritime trade in a few decades given the rate at which the polar ice caps are melting.

China has now started working towards its Arctic ambitions. However, Russia’s President Vladimir Putin seems to have pre-empted Beijing. China is reportedly planning to launch an imaging satellite to monitor Arctic shipping routes. Beijing has therefore made the first practical move to exploit the ecologically fragile region, but the Kremlin is already waiting with its missiles to thwart any Chinese belligerence in this part of the world.

As per the SCMP, China’s Arctic probe will be used to observe changes in the sea ice, a key global warming phenomenon in the Arctic that will determine how quickly the region melts and opens up new shipping routes.

The School of Geospatial Engineering and Science at Guangzhou-based Sun Yat-Sen University is developing the probe. The Dean of this institute, Cheng Xiao, has been quoted by SCMP as saying, “The satellite has a global observation capability but will focus on changes in Arctic sea ice.”

As per China’s State-owned media agency Xinhua, Xiao said, “Compared with similar satellites, it is capable of revisiting most of the Arctic every two days and will be able to observe with a level of accuracy and frequency superior to existing polar satellites.”

With the plans to launch a satellite for monitoring Arctic shipping routes, Beijing is trying to stamp its authority upon the region. China has been more than eager to claim a special right over the region. China calls itself a “Near-Arctic State”, though it is a different matter that China is as far away from the Arctic as Poland.

The Middle Kingdom wants to build a ‘Polar Silk Road’ in the Arctic, as a part of Chinese President Xi Jinping’s Belt and Road Initiative (BRI). Of late, Chinese investors, including State-owned enterprises have become increasingly active in the ‘Polar Silk Road’ project.

However, Moscow has a completely different perception of the Arctic region. Putin doesn’t buy China’s “Near-Arctic State” rhetoric. In fact, Russian authorities strongly assert the primacy of eight Arctic countries in the region. Moscow is not very keen on non-Arctic powers, including China, playing a dominant role in this part of the world.

Moscow also feels that the melting Arctic is its shortcut to regain its position as a Great Power in global affairs. Russia is already operating the Northern Sea Route (NSR) that runs along the Russian Arctic Coast. And Putin wouldn’t want Xi Jinping’s ‘Polar Silk Road’ to overshadow the NSR.

Be that as it may, the Arctic region is slowly becoming a point of uncontrollable friction between China and Russia. China wants to monitor the melting sea ice in the Arctic and take control of the shipping routes that open up in the inhospitable region. Russia, on the other hand, is already waiting with its missiles and is ready to kick China out of the Arctic, if need be.