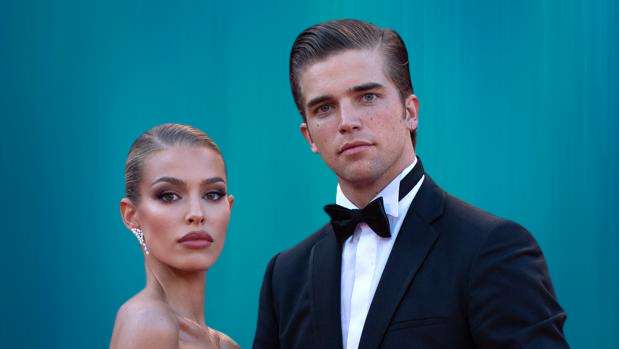 River Viiperi was born in Ibiza, Spain, so he is a half-Spanish, half-Finnish male model and was listed among the world’s Top 50 Male Models. In this article we are going to talk about the biography, career, notable works, songs and family of River Viiperi so read the article till the end.

River Viiperi is one of the most successful young models in the industry, with a career that took off at the age of 18 when he was named the global face of Calvin Klein.

He began his career at the age of 18 when he signed an exclusive contract with Calvin Klein in 2010. Since then, he’s modeled for some of the industry’s greatest brands.

River has been in Calvin Klein, Versace, Armani, and Ralph Lauren campaigns. He also appeared in GQ, Vogue, Vman, Attitude, etc. He was also photographed by some of the world’s most skilled and well-known photographers, including Steven Meisel, Mario Testino, Giampaolo Sgura, and Steven Klein.

River was the first male model to use and gain a large number of followers to his blog “Never Back Down” (where he debunked popular modeling clichés), Twitter, Instagram, and YouTube as a pioneer in the Social Media movement.

However, due to the early stages of social media, he was advised to stop using these platforms since his clients wanted him to be more exclusive and were concerned that utilizing them would expose him too much.

River is presently reactivating his blog and YouTube channel, where he will share his life experiences while also branching out into acting, which has always been his ambition.

With his piercing blue/green eyes, chiseled face, swimmer’s physique (thousands of people watch his daily workouts on Instagram), and off-the-charts charisma, the Ibiza native has become the go-to body for designers and fashion houses all over the world, appearing to on runways, glossy advertisements, and magazine covers.

He was so well-known that marketers and casting agencies only had to hear “River” to recognize him. The model quickly became a fixture in a slew of ads for Versace, Ralph Lauren, Tommy Hilfiger, etc.

River Viiperi is also reviving his designer brand RV, which will comprise T-shirts, hoodies, sweatpants, hats, and subsequently, underwear all emblazoned with the RV logo—a sultry, symbolic portrayal of his lifestyle and ideology.

“My logo was designed to represent a community of dreamers that aren’t afraid to try new things and fail,” he explains.

Dreamers, in particular, who never quit up. People might feel more empowered if they simply had a piece of me. Wearing something to encourage people not to give up and to pursue their aspirations.”

We hope this biography article of River Viiperi will be helpful for you to understand his journey and works.