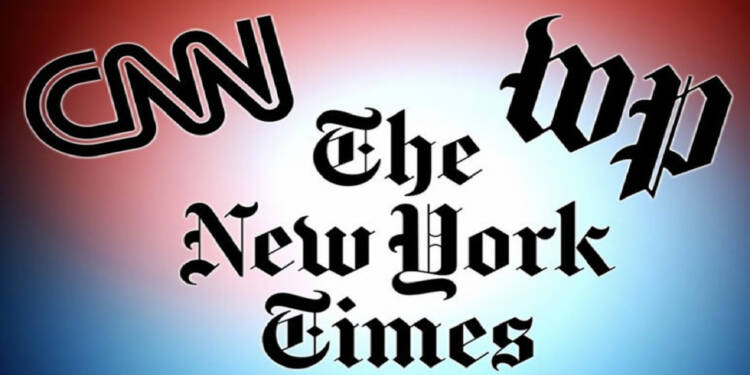 “A decisive military victory of Ukraine over Russia is not a realistic goal; Russia remains too strong.” These are not Russia’s words, but of Zelensky’s one of several cheerleaders in America—the New York Times.

New York Times has been one of the staunchest supporters of Zelensky’s regime since the outbreak of the war in Ukraine. Given the high level of repute being enjoyed by the NYT among US elites, the paper’s reportage actually helped shape the narrative in Washington DC in Ukraine’s favour.

In March, the NYT board had argued that the message from the United States and its allies to Ukrainians and Russians alike must be: No matter how long it takes, Ukraine will be free. The narrative that Putin will end up losing his chair as a consequence of the Russia-Ukraine war was pretty strong. NYT would write, “Others in Russia’s kleptocracy might begin to wonder whether Mr. Putin is a liability”, suggesting that Putin’s critics in Moscow could stage a coup against him and remove him from power.

When the war started, things were different. Kyiv being the weaker side, it was assumed that in a war between Russia and Ukraine, it is Ukraine that will be at the receiving end. Therefore, Russia’s war against Ukraine was being projected as a brutal invasion of sorts.

The Western media rallied behind Ukraine and cheered every piece of unverified information about Ukrainian resistance against Russia’s rampaging forces. This was no less than a personal victory for Ukrainian President Volodymyr Zelenskyy. In fact, Kyiv even attempted to make some sort of an iconic hero out of Zelenskyy with make-believe stories about Russia’s plans to capture or kill him. An emotional story was being weaved around Zelenskyy as a part of Ukraine’s narrative war against Russia.

But the tides seem to be changing now. NYT in one of its recent articles stated that Ukraine should give up its territories to bring peace. The article reads, “Mr. Biden should also make clear to President Volodymyr Zelensky and his people that there is a limit to how far the United States and NATO will go to confront Russia, and limits to the arms, money, and political support they can muster. It is imperative that the Ukrainian government’s decisions be based on a realistic assessment of its means and how much more destruction Ukraine can sustain.”

There’s also a significant shift in the reportage of other media organizations. For instance, the Washington Post in two of its articles has tried to shed light on the ground realities, that appear to be starkly different from what has been making rounds on Ukrainian mainstream and social media.

In an article titled, “Ukrainian volunteer fighters in the east feel abandoned”, Washington Post gives a detailed account of Ukrainian commanders openly blasting their superiors for leaving them in the lurch. Then in another article titled, “Ukraine war volunteers are coming home, reckoning with difficult fight,” WaPo explains how foreign volunteers, who once went to fight out Russians on the frontlines, were actually deserting their commanders when Russian jets begin strafing.

So, what’s behind this drastic change in their reporting? Frankly speaking, the signs of Russia’s landslide victory in the Ukraine war have become totally obvious. EU has started developing cold feet on keeping pouring militarily and economic support for Ukraine. Given Ukraine’s weak position against Russia, even the previously bellicose administration of Joe Biden is now avoiding sending long-range weapons to the war-torn nation.

So, Biden keeps sending in money into Ukraine, inflation keeps rising in the US and Americans keep getting disillusioned. That’s also a major factor why the mainstream media in the US, which is by the way already struggling with low viewership, is forced to walk its words back on Ukraine. All in all, Ukraine is fast losing the narrative war against Russia, and a down and out Western media is now left with no other option than to abandon Zelensky completely.