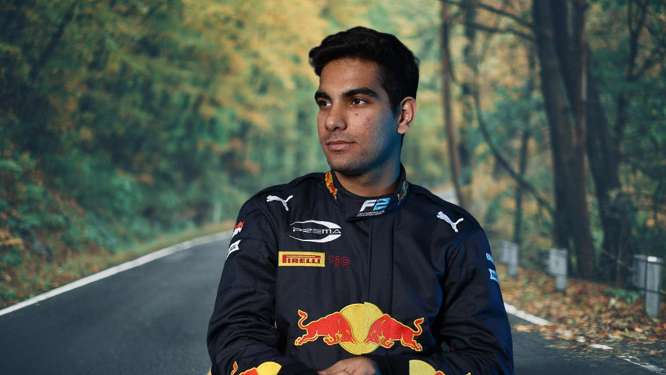 Jehan Daruvala is an Indian racing driver who currently competes for Prema Racing in the FIA Formula 2 Championship. After winning one of three ‘One in a Billion hunts’ conducted by the Force India F1 team in 2011, he became a protégé of the organization. He is a member of the Red Bull Junior Team at the moment. In this article we are going to talk about the biography, career, notable works, and family of Jehan Daruvala so read the article till the end.

Daruvala began karting at the age of thirteen in 2011 and has competed in a variety of events during his karting career. He was the champion of the 2012 Asia-Pacific Championship and the 2013 Super 1 National Championship, as well as numerous more series in Asia and Europe as a vice-champion. In the 2014 Karting World Championship, Daruvala finished third. Rayomand Banajee, his coach, saw his potential early on and was essential in building the groundwork for his future success.

Jehan Daruvala moved up to single-seaters in 2015, competing in the Formula Renault 2.0 championships with Fortec Motorsport.

Daruvala competed in the Toyota Racing Series before to the start of the 2016 season. Daruvala finished second to Lando Norris with three wins and three podiums.

Daruvala announced his intention to switch to the European Formula 3 Championship for the 2017 season in November 2016.

Daruvala joined MP Motorsport for the GP3 final at Yas Marina, replacing Niko Kari. He came in 19th and 13th place in both races.

Daruvala competed in Formula 3 for the first time in 2019.

Daruvala rejoined Carlin in February 2020 to compete in the 2020 season alongside Red Bull Junior Team rider Yuki Tsunoda. He has also been designated as a Red Bull Junior.

Following a delayed start to the season, Daruvala made his debut at the Red Bull Ring round. On his debut weekend, he qualified sixth.

In the 2021 season, Carlin and Dan Ticktum returned to Daruvala. After passing David Beckmann and retirement for Théo Pourchaire, he finished second in the first sprint race in Bahrain. In the end, he put pressure on race leader Liam Lawson but was unable to pass him.

Jehan Daruvala qualified ninth and began the first sprint in Baku in second place. However, he was unable to put any pressure on race leader Robert Shwartzman and fell to fourth after Guanyu Zhou and Ticktum passed him. Daruvala moved up to fourth place in the second sprint after escaping the start turmoil.

He re-joined defending champions Prema Powerteam in January 2022, teaming fellow Red Bull Junior Team member and 2021 FIA Formula 3 champion Dennis Hauger for the 2022 season. Daruvala’s final year in Formula 2 is likely to be a’make or break’ year for him.

In Monaco, Jehan Daruvala qualified seventh. After Hughes stalled, he moved up one position in the sprint race after starting third. He would eventually finish second behind Hauger, completing a Prema 1-2. Daruvala’s highlight of the feature race would be an overtaking of Calan Williams, which would allow him to finish in the same place as when he started.

We hope this biography article of Jehan Daruvala will be helpful for you to understand his journey and works.