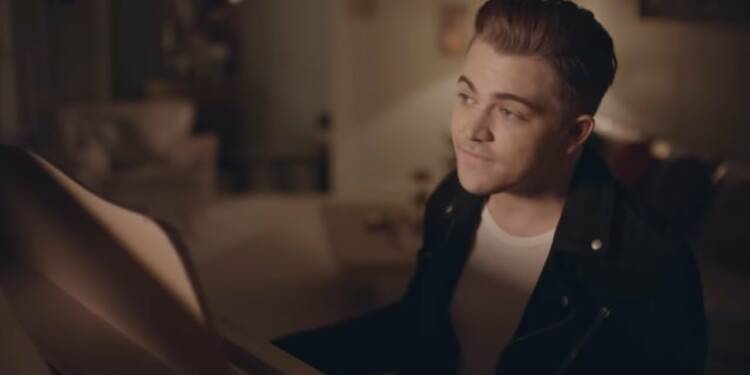 Hunter Hayes also known as Hunter Hays is a versatile musician from the United States who is capable of playing 30 musical Instruments and can sing in different genres. He is successful as an artist as well as a commercial singer. In this article we are going to talk about the biography, career, notable works, films and family of Actor Hunter Hays so read the article till the end.

His solo albums topped the Billboard many times and he has earned a good reputation in the industry through his talent. He is a multi-genre singer, songwriter, record producer, and multi-instrumentalist.

In 2011, Hayes released his self-titled debut album. It debuted at number seven on the Billboard 200 and first on the Top Country Albums charts, selling over 1.1 million copies. “Wanted,” the album’s most popular single, sold over 3.5 million copies and made Hayes the youngest male act to ever reach the top of the Billboard Hot Country Songs chart.

Hunter Hays is a famous television and film celebrity and he worked in so many movies, this biography article is incomplete without talking about his films. So here you will gain info about his films and projects.

Hayes began acting at the age of two. He began making local and national television appearances at the age of four, including on Maury, the Rosie O’Donnell Program, and the Nickelodeon game show Figure It Out when he played “Jambalaya (On the Bayou)”. “Actor Robert Duvall gave Hayes his first guitar when he was six years old,” according to American Songwriter. He was invited to sing for President Bill Clinton at a White House lawn party when he was seven years old.

At the age of 13, he participated in Dave Coulier’s America’s Most Talented Kids, when he played the hit Hank Williams song “Hey Good Lookin’.” Hunter’s debut independent studio album “Through My Eyes” was published on October 8, 2000, at the age of nine, through Suagartown Records and Louisiana Red Hot Records.

He went from Breaux Bridge to Nashville, Tennessee, in 2008 to work as a songwriter for Universal Music Publishing Group. Hunter Hays co-wrote the song “Play” for Rascal Flatts’ album Nothing Like This in 2010. He got signed to Atlantic Records Nashville in September and began work on his major-label debut in October.

Throughout the summer of 2011, Hayes served as the opening act for country artist Taylor Swift’s Speak Now World Tour, which he finished in St. Louis, Missouri. He went on his own radio tour in April 2011, debuting tracks that would go on his debut album. The Most Wanted Tour, which began on October 8, 2011, in Beaumont, Texas, and ended on December 4, 2011, in San Bernardino, California, was his first headlining tour.

“Storm Warning,” Hayes’ debut single, was released to radio in 2011. In the same year, he released his self-titled major-label debut album. He co-wrote every song, performed every instrument, and produced the record alongside Dann Huff. In, 2012, the second single, “Wanted,” was released on radio.

After these successes, his career is pretty stable and he is doing good.

Hayes was born on September 9, 1991, at Larniurg Hospital in Breaux Bridge, Louisiana. Both of his parents are of Cajun ancestry, as well as English, Scots-Irish, and German descent. He learned to sing songs in both English and French as a child.

Hunter Hays is a single man who has never married. His only known relationship is with Libby Barnes, which ended in 2018. If he still wants to get married, he has time on his side as a young man.

In 2014, Billboard dubbed Hayes the “Leader of Country Music’s Youth Revolution” due to his commercial success and talent as a songwriter and instrumentalist. He has been nominated for five Grammy Awards, including Best New Artist, and has won three BMI Awards and the 2012 CMA Award for New Artist of the Year.

We hope this biography article of Hunter Hays will be helpful for you to understand his journey and works.