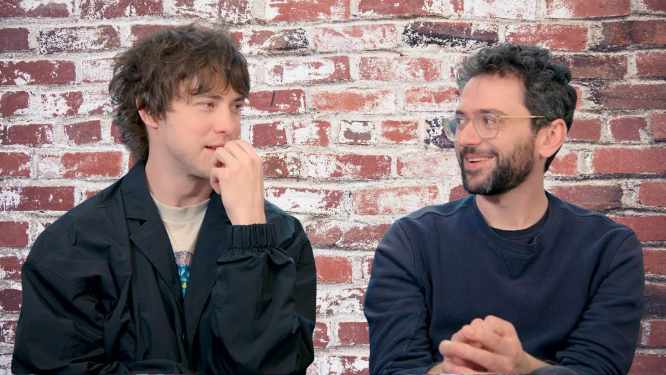 Benjamin Nicholas Hunter Goldwasser better known as Ben Goldwasser. He is a member of the psychedelic rock band MGMT. With MGMT he sings and plays keyboards. He is active in the business for more than 20 years. His band has created many good compositions since its inception in 2004. The band is inspired, influenced, or representative of psychedelic culture. In this article we are going to talk about the biography, career, notable works, films and family of Ben Goldwasser so read the article till the end.

Goldwasser and VanWyngarden traveled to New York City after graduating from college in 2005 to experiment with music and form a band. They went on tour right away, opening for Of Montreal. But no record deal materialized, and the band disbanded in 2006.

When Columbia Records signed the duo, Goldwasser was working on a farm and planning to move to California. Oracular Spectacular, the band’s release for the label in 2008, was a huge hit.

However, Goldwasser claims that the band’s sudden popularity put a strain on his connection with VanWyngarden for a period. Congratulations, the band’s second album, was released in April 2010 with generally excellent reviews. In 2013, they also released their third studio album, MGMT, which was self-titled.

In 2009, Justice remixed his song “Electric Feel,” which won a Grammy Award for Best Remixed Recording in Non-Classical. He co-wrote the song with bandmate Andrew VanWyngarden. Here we are talking about Gaspard Augé and Xavier de Rosnay from the French electronic music duo Justice.

In 2010, his band received Grammy nominations for Best New Artist. The band was also nominated for Best Pop Performance by a Duo or Group with Vocals that year. He was born on December 17, 1982, in Mishawaka, Indiana, U.S.

Ben Goldwasser is the son of Rachel Hunter and David Goldwasser and was born in Mishawaka, Indiana. He grew up in the town of Westport, New York. On his father’s side, Goldwasser is Jewish.

He saw Adrian Belew live in concert when he was eleven years old and met guitarist Rob Fetters backstage. He began piano lessons with his grandmother and mother at the age of six. He was a member of his high school’s jazz band, and attended a “rock and roll camp” in Montpelier, Vermont.

Suicide, an electronic protopunk band, was one of his musical influences in high school.

Andrew VanWyngarden and Ben Goldwasser have been making music together for nearly 15 years. They met in college. They eventually changed their name to MGMT and have since released four albums.

In 2010, Ben Goldwasser was nominated for a Grammy Award for Best New Artist for his work with the psychedelic band MGMT.

He began taking piano lessons as a child and later joined his high school’s jazz band.

The French band Justice remixed the MGMT song “Electric Feel.” A Grammy Award was given to the remixed version in 2009.

David Goldwasser and Rachel Hunter raised him in Indiana.

While both were students at Connecticut’s Wesleyan University, he met his MGMT bandmate Andrew VanWyngarden.

We hope this biography article of Ben Goldwasser will be helpful for you to understand his journey and works.