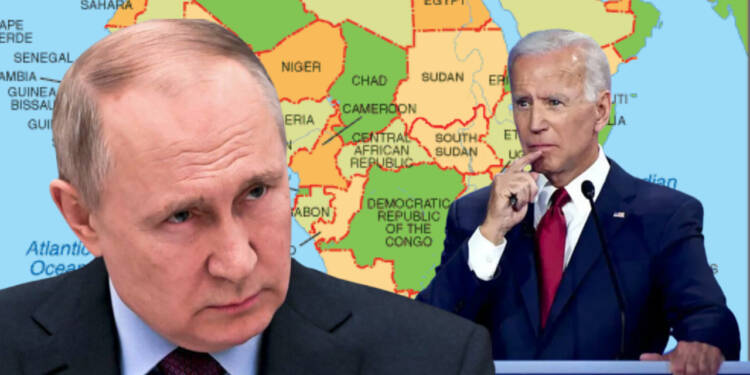 The United States has mastered the act of sanctioning. Just for a time killer, if we randomly pick up a country from the globe, it will be a matter of debate whether the selected one has got under the ire of the United States or not. Countries and regions subjected to US sanctions stand aplenty. In the listicle of things that the US tried to impinge on the world, Sanctions happen to be the bigger name of all.

The US entrance into the eastern Europe war arena was greeted with cheers by a larger part of the world who rooted for peace. But anyone with a basic nous of history of US involvement in wars would have equated the same to a catastrophe.

And with the completion of 100 days of the war, history stands vindicated as the US involvement in the war has dragged Ukraine to a point where Zelensky stands inches away from uttering the tragic words “I QUIT” to Putin.

After enjoying the mess of things that he made in Ukraine, Biden is now not bothering much about the quagmire that the former comedian Zelensky is deeply embroiled in. With every passing day, Biden is voicing pessimism about Ukraine, which stands in contrast to his initial belief of Kyiv winning the war.

Currently, with no greener pastures to ignite a crisis, Biden has decided to lock his eyes on Africa. And minding the recent happenings, the US president does have the reasons to worry.

Africa has been under the orbit of US influence for a long. The weak-kneed approach from successive US administrations ensured interminable famine and poverty in the drought-stricken terrains. But now, Africa is building up a habit of speaking up against the United States. This was evident with many countries in Africa asking the US to lift the sanctions rounded upon Russia.

No more USA in Africa

Now the real meat of the whole affair stands in Ethiopia and Eritrea. During the Obama Administration, the excuse for US wars of aggression shifted from the War on Terror to the so-called humanitarian wars to stop genocide and mass atrocities, which were then championed by top Obama officials Samantha Power and Susan Rice. The US and NATO destroyed Libya and began the relentless bombing of Syria “to stop genocide.”

Further going, the US pinned blame on Eritrea and Ethiopia for hindering food aid and committing genocides in the ongoing war in Tigray. What happened later was anybody’s guess. SANCTIONS!

Sanctions poured in torrents on both ERITREA AND ETHIOPIA. And the two countries had good reason to believe that they could be a new Syria in the making. But with the Ukraine war, politics within the African countries have taken a tectonic shift.

Read more: After polishing off a big bucket of ice cream, Biden tells Africa to starve itself

Moreover, Eritrea, bordered by Ethiopia in the south, Sudan in the west, and Djibouti in the southeast, has an extensive coastline along the Red Sea region.

Russia and Eritrea have shown interest in deepening the inter-state dialogue and economic cooperation, and it was well evident with foreign minister Lavrov getting extensive about the economic cooperation between the two countries. Rumours are also afloat on how Russia could use the ports in Eritrea to extend its tentacles of power to the rest of Africa.

Going further, with the gung-ho strategy espoused by Putin, blockade and bombing have made the food supply chain go tatters. African countries overtly depend on the wheat from both Russia and Ukraine for their survival. Putin saw a red herring in the crisis and condescended to African demands for food by supplying enough to many countries including Senegal.

This happening didn’t match the US line of interest and Washington lose no time in blowing the whistle to alert Ethiopia and Eritrea about the perils that they may encounter should they decide to walk along with Russia. And in the grand scheme of things, scrapping reliance on the west could be no good for Africa, but Eritrea and Ethiopia have decided to view things only from an angle that will help them in the longer run. Simply means, the two countries have ditched the US for Russia.