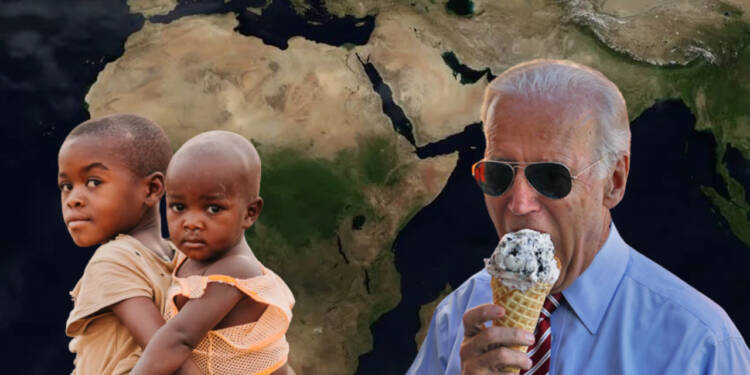 Russia has yanked the grain production capacity of Ukraine through blockade and bombing which in turn has made the world go into dire straits with food prices spiking beyond the normal threshold level. On April 21st Russia made Mariupol theirs through a month-long tough offensive against Ukraine. Wresting hold of a strategic city at the mouth of the Kalmius river sharpened Kremlin’s gung-ho strategy to put a blockade on Ukraine’s wheat export, thus making out a bargaining chip for the raining sanctions being piled on Moscow by the west.

A helping hand to Africa

Russia soaring high in the war with Ukraine was anyone’s prediction. But it took the west to build up a factory of lies along with its cabals from Europe to spin their narrative on a naïve Zelensky who went aboard with the pipe dream of Ukraine winning the war. But with Russia running its intimidation tactics with the blockade of grain exports, the confusion is running high among the global superpowers.

Now with no chance of salvation in sight, the US is straight on accusing Russia of selling stolen wheat from Ukraine to drought-stricken countries in Africa, some facing possible famine. Even going by the notion that Russia initiated this war, the US had a defining role in how it happened to be a global mess. It stings the US administration to fathom the fact that even though mired in sanctions of all order, Russia is cruising in trade with different sections of the world.

Now as the war is nearing its closure and Ukraine’s prospect of remaining on the geopolitical map fading with every passing day, the US is shifting its head into other issues that fit their interest and the prior among that stand their losing clout in Africa.

US officials are cautioning African countries against buying grains plundered from Ukraine as some nations draw closer to Russia to slow surging food prices and stave off hunger. The sudden concern for Africa comes in the wake of Putin’s meeting with the president of Senegal and other officials of the African union commissions in the Russian leader’s residence in the black sea resort of Sochi. After getting through the meeting the African counterparts beseeched the western nations to lift the sanctions rounded up against Russia.

Read more: Putin might end up winning Africa also, as a result of the Ukraine war

US puts Africa in a fix

The United Nations world food programme zeroed in on the sub-Saharan region of Africa as the most affected by the global disruption of the food chain. Prolonging the war may inflict more worries on the African countries which overtly depend on both Russia and Ukraine for wheat. Even while mired in a war that is near its closure, Putin condescended to African demands to help cross the risk of famine in the drought-stricken land.

But the losing grip on matters had made the administration in the US go blasé in the matters concerning the world. The recent American alert on matters about Africa relying on Russian imports did put the countries including Senegal in a tussle, with a feeling of being trapped between both the east and west. In the grand scheme of things, displeasing the western allies would do little or no good for Africa, but with little hope to fight the famine, the African nations are just viewing things from an angle that would simply mean they would rely on Russia for cheap food at a time when thousands are starving.

As Washington blows its whistle on Africa’s reliance on Russia for food, Joe Biden may be having his favourite Jeni’s ice cream from his residence in Rehoboth Beach, Delaware. Meanwhile, Africa is inches away from starving.