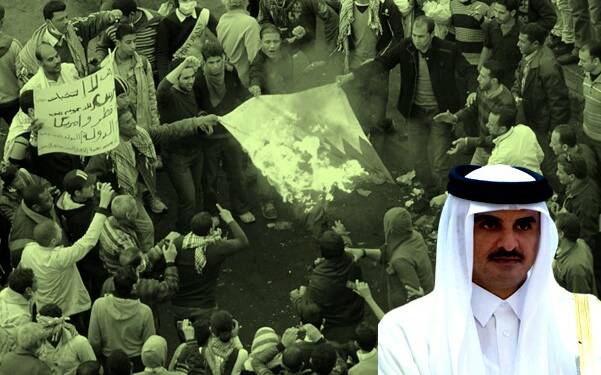 Google Qatar, and you will easily find a thousand tempting reasons to visit this beautiful country this year. After all, it’s the safest country in the world. The crime rate is negligible, and the country is stinking rich. Unlike UAE, Qatar is far from being grey-listed by the Financial Action Task Force on the terror-financing charges.

Unlike Saudi Arabia’s Mohammed Bin Salman, Qatar’s Emir has never been charged with presiding over unlawful killings on foreign soil. Unlike Iran, the West has never accused Qatar of unleashing terror on the world. You see, Qatar is always shown as a high-income, safe, friendly, moderate and the most advanced country on the Arabian Peninsula.

Now, Russia will control every Qatari and Iranian gas pipeline

Okay! Enough hyperboles for today! Let’s talk truth now! Qatar, in its present form, stands as the most dangerous country on the planet. Two things that help Qatar bag this designation are its impressive control over the narrative and its covert terror-financing operations! Qatar has been using its pseudo-news media platform Al Jazeera to not just vilify its rivals in the region but also whitewash its own terror deals with several terror organisations.

Al Jazeera acts as a tool for Hamas, the Muslim Brotherhood, Islamic State, Iran and Hezbollah to disseminate their propaganda in the region and beyond. No surprise, that this propaganda channel is today banned in all important Arab nations. In 2017, Israel also boycotted this channel and banned the organisation after accusing it of inciting violence against Jews! You see, Al Jazeera fully backed and funded by the Qatari government, is not a news channel but a dirty business. On various occasions, elements in democratic nations like India and the United Kingdom have also accused Al Jazeera of spreading false propaganda.

In 2015, the Government of India banned Al Jazeera for five days, after the channel showed a wrong map of India showing Kashmir in Pakistan. Then in 2017, India had withdrawn the security clearance for the Al Jazeera TV channel after it broadcasted a propaganda-ridden documentary on militancy in Kashmir.

Now, let’s talk about Qatar’s terror financing network, which helps the nation make the world a dangerous place for all but itself! For instance, its links to Al Qaeda are already an open secret! While testifying to US congress, one of the business agents of terrorist Osama Bin Laden had confirmed that the Qatar Charitable Society (QCS) was the biggest donator of the terrorist. In 2013, the US Treasury had sanctioned one Qatari named Abd al-Rahman bin Umayr al-Nuaymi for his role as a fundraiser and executive for al-Qaeda in the Arabian Peninsula (AQAP). Shockingly, Nuaymi was previously an employee of the Qatari Central Bank.

Qatar’s links to Islamic State have also come under the scanner in the past. In 2015, relations between Egypt and Qatar had deteriorated after the Egyptian Air Force strafed suspected ISIL positions in Libya. Interestingly, it was Al Jazeera of all, that had then scurried to condemn these attacks on the IS terrorists.

Moreover, Abdul Karim al-Thani, a member of Qatar’s royal family, ran a safe house for Abu Musab al-Zarqawi, the founder of Al-Qaeda in Iraq, the predecessor to ISIS. Al-Thani gave Qatari passports out and put $1 million into a bank account to finance AQI. You see, ISIS was virtually controlled by Qatar and its royal family.

Hamas, a terror group linked to the Muslim brotherhood, has long enjoyed open financing from Qatar. Today, Hamas is designated as a terror group in nations like Israel, the United States, Canada, the European Union, and Egypt. And what Qatar does is to supply Hamas with suitcases filled with cash. For instance, in 2014, Qatar pledged $400 million to Hamas. Then there are also accusations of Qatar supporting terrorists and extremists in Libya, Iraq, Sudan, Lebanon and Afghanistan.

In April 2017, Qatar was involved in a deal with both Sunni and Shi’ite militants in Iraq and Syria. According to the Financial Times, Qatar had paid $700 million to multiple Iranian-backed Shi’a militias in Iraq, $120–140 million to Tahrir al-Sham, and $80 million to Ahrar al-Sham. In retaliation, it was then when Arab nations decided to impose a blockade on Qatar and severe their diplomatic relation.

Saudi Arabia, the United Arab Emirates, Bahrain and Egypt had then banned Qatar-registered planes and ships from utilising their airspace and sea routes, along with Saudi Arabia blocking Qatar’s only land crossing. They were later joined by Jordan and were supported by the Maldives, Mauritania, Senegal, Djibouti, the Comoros, and the Tobruk-based government in Libya. The blockade also had tacit approval from the then US President Donald Trump, who, unlike his predecessors, blamed Qatar for financing terrorism in the world.

It’s a striking irony that the so-called “safest country in the world” is a long-time perpetrator of terror activities of all sorts, which endanger the security and well-being of Americans, Middle Easters, Indians and all, except for Qataris. Qatar is, thus, the most dangerous country on the planet, which the world can’t afford to keep overlooking and neglecting! Qatar must be dealt with heavy-handedly by the world powers, and its terror industry should be brought to an end by placing it on the Black List of the Financial Action Task Force.

Zelensky is probably planning to flee to Switzerland