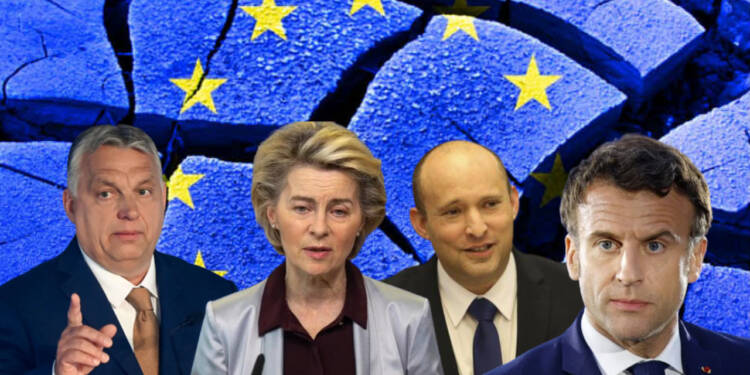 The EU Parliament adopted a resolution on Thursday that will strip nations of their veto powers on issues related to defence, energy, health and foreign policy. Now a council or a convention would be set up to oversee the necessary changes in the EU treaties.

Proposed changes in the EU treaties

As per the resolution, EU would be shifting from unanimity to qualified majority voting, which means that the veto powers will be abolished. In simple words, now only 14 countries will be allowed to seal the fate of the whole of the EU. Also, an energy union will be created, under which smaller countries could be arm-twisted to share their rare energy resources with the bigger ones.

New treaty changes would also provide the EU parliament with the rights to “initiate, amend or revoke legislation, and with full rights as a co-legislator on the EU budget.” So, it’s highly likely that the sovereignty of the smaller nations could also be comprised if the new changes are adopted.

All dark ahead for the smaller EU nations

Interestingly, for the European Council to set up the convention, only a simple majority is required. That means, smaller nations, mostly East European nations won’t have much say in the formulation of the treaties that the EU plans to impose upon them. For such nations, it’s all dark ahead. Only the big guns like France and Germany will be in a position to virtually control the bloc, colonize smaller nations, with backing from their own EU allies.

Objectively speaking, this treaty revision campaign of the European Union is suicidal and could end up creating irreparable rifts inside the bloc. As the draft suggests, the new treaties could be weaponized by big nations to ostracize nations like Hungary, Bulgaria and Malta, which have a propensity of harbouring a confrontational attitude towards Brussels.

13 EU nations against the proposals

And that’s why we are calling these proposed changes “divisive” and “suicidal.” Last month, TFI Global reported that 13 EU nations had already risen up in arms against the treaty amendments. Denmark, along with other 12 countries including Estonia, Slovenia, and Malta had signed a joint letter to EU to voice their concerns. The letter stated, “While we are not ruling out any options at this stage, we do not support rash and hasty attempts to launch a process that would lead to treaty changes.”

Suggesting that this coalition of 13 EU nations could hamper the smooth sailing of this proposal, the letter further added, “We already have a Europe that works. We do not need to rush into institutional reforms to deliver results.”

EU says that the changes are necessary to fast-track the actions by EU and boost the parliament’s capacities. But the letter by Denmark suggests that these changes would create a new EU within the EU comprising smaller EU states.

Not to mention, how this could come across as icing on the cake for Russia, which has already won the ongoing battle in Ukraine and still maintains its commanding position over the food and energy supplies of Europe. Russia will now look forward to capitalising upon the rising anti-EU sentiments in Europe, and instead, expanding its influence in these nations.

You see, the EU’s fall would become imminent the day the new treaties are shoved down the throats of helpless EU nations. It will lead to the rise of a new bloc within the EU, which will always remain in a state of conflict with Brussels and which will be virtually controlled by the Kremlin.