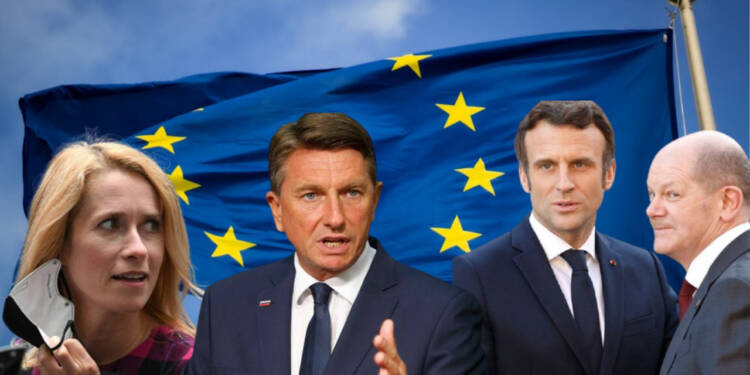 European countries are already in a big mess amid the Russia- Ukraine conflict. Larger nations such as Germany and France are already battling for gas and oil as a result of their unintelligible decision to impose an embargo on Russian oil and gas in the midst of the Russia-Ukraine crisis.

And now a bigger tussle is emerging for these large European nations as small European countries like Denmark and Estonia are going against the bigger nations.

You’re probably wondering what we’re on about! It has to do with European Union treaty reforms. However, the EU appears to be split on this. Germany and others in the league want to act arbitrarily

Several treaty amendments were proposed during the recent presentation of the Conference for the Future of Europe (CoFoE) conclusions, including the concept of eliminating the European Union’s “national veto” power over foreign and security affairs.

Wondering what this ‘national veto’ is all about! Well, when it comes to Foreign and security policy, it is generally regarded as a classical executive power and a strong symbol of national sovereignty. At the EU level, the Common Foreign and Security Policy ( CFSP)  is largely an intergovernmental policy. It is for this reason that decisions on the European Union’s external relations and foreign affairs are taken by the Council of the EU acting by unanimity, meaning any foreign and security policy not acceptable to any nation can be vetoed.

But Denmark along with other 12 countries including Estonia, Slovenia, and Malta in a move to oppose the decision to scrap the National Veto power, have signed a joint letter that reads, “While we are not ruling out any options at this stage, we do not support rash and hasty attempts to launch a process that would lead to treaty changes,”.

Moreover, “We already have a Europe that works. We do not need to rush into institutional reforms to deliver results,”

In any case, national veto power is crucial for every little European country since it allows them to have a say in the European Union’s foreign and security policies.

Anyways, the idea of abolishing national vetoes is not new, and the governments of Germany, France, and Italy have stated that they are open to prospective treaty amendments and are eager to do so.

But why is this the case? They believe that achieving foreign policy unanimity at the EU level can be a time-consuming process.

Supporting the above reason, European Commission President Ursula von der Leyen said recently that “unanimity in specific areas simply does not make sense if we want to move forward quickly.”

Read more: The Russia-Ukraine war may already have set a European spring in motion

As a matter of fact, even the former German foreign minister, Heiko Mass underscored a similar stance.

He said, “We can no longer be held hostage by those who paralyze European foreign policy through their vetoes,” Mr. Maas said, accusing those doing so of “playing with Europe’s cohesion”.

However, this tussle exposes the façade of the claimed unity of the European Union. For the above-mentioned reasons, the small European nations don’t seem to be in line with the bigger ones. These countries already appear to regret their hasty decision to impose an embargo on Russia’s oil and gas, and, they are now ensuring that they do not support Germany and others when it comes to European Union treaty reforms. Now they want to ensure that their judgments are logical and sensible.

Collection of TOP 31 The measure of a man quotes