So, it was Qatar that controlled US’ foreign policy for so many years 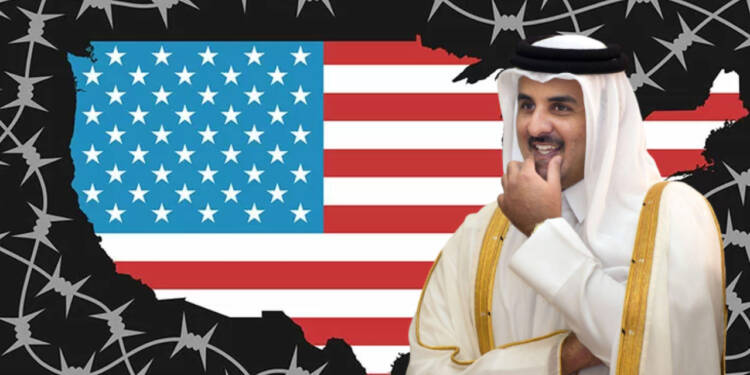 United States is the vanguard of righteousness and morality when it comes to debates over international happenings. The same US is currently on backfoot after diving headlong into the Crisis in Ukraine. The imbroglio that Kyiv is currently in encapsulates in detail how the US involvement could spiral a country to penury. But deviating from the current Ukraine crisis gives another national embarrassment for the US which will make sure the vanguardism practiced by the Americans goes crumbling.

The prestigious Brookings institution has suddenly placed its president, retired four-star Marine Gen. John Allen on administrative leave following the emergence of a searing report that reveals how the former commander of the NATO international security assistance force (ISAF) lobbied on behalf of the wealthy Persian Gulf nation of Qatar.

Qatar a nation on the west coast of the Persian Gulf is anybody’s dream abode, as the country is home to all sort of amenities that gratifies anyone’s luxurious dreams. But behind the veneer of opulence, there happens to be another Qatar that seldom made its appearance in the real world.

The idyllic spot of Qatar never gleamed the headlines for financing terror networks including Al-Qaeda. In 2013, the US Treasury had sanctioned one Qatari named Abd al-Rahman bin Umayr al-Nuaymi for his role as a fundraiser and executive for al-Qaeda in the Arabian Peninsula (AQAP). Shockingly, Nuaymi was previously an employee of the Qatari Central Bank.

Qatar’s involvement with the Islamic state is an open secret but Doha accosted the world showcasing power, owning to the assortment of media it houses to simply run its narratives. The current Gordian knot that the US is enmeshed with Qatar has its root back in the gulf crisis of 2017.

Collaboration between Qatar, Saudi Arabia, Bahrain, and the UAE saw a dent following Doha’s reluctance to accede to the list of thirteen demands. Many journos derived judgments about an impending cold war on the Persian turf, but it never escalated that bad.

While the entanglement in the affair went afar, the monarch of Qatar roped in the influential former Special Presidential Envoy for the Global Coalition against ISIL, Gen John R Allen. The details from the paper are a speck of embarrassment. Specifically, authorities say Allen lobbied then-National Security Advisor H.R. McMaster to have the Trump administration adopt a more Qatar-friendly tone.

Read more: Qatar is the most dangerous country on the planet

Allen provided advice on how to influence U.S. policy and said the Qataris should “use the full spectrum” of information operations, including “black and white” operations, the affidavit says. “Black” operations are typically covert and sometimes illegal. Qatar has been accused of orchestrating hack-and-leak operations of its critics and rivals during the diplomatic crisis, including one targeting a UAE ambassador.

The subterfuge played by Allen is just to dutifully attune to the demands of a country that has been siding up with the Islamic radicals who mercilessly beheaded a fellow American journalist Steven Sotloff.

“At the same time, he was lobbying U.S. government officials on behalf of Qatar, Allen pursued at least one multimillion-dollar business deal with the Qatari government on behalf of a company on whose board of directors he served,” the affidavit says.

Qatar designs its heinous strategies and makes it certain that the details sit entrenched behind the curtain. With the emergence of this news, the media houses located in Doha may need to put up Yeoman’s work to make sure the details go in the minutiae best. Whatever be the case, the US has itself kneeled before the Emir of Qatar. Their foreign policy for a long was under Doha’s watch. No big surprise though.

You get what you give quotes and captions for Instagram