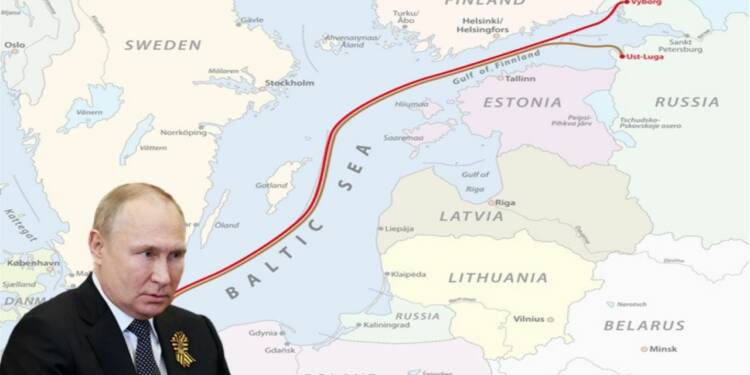 After the two Nordic countries of Sweden and Finland made their respective bids to join the American-led military bloc NATO, many predicted a repercussion of some order to be imminent from Russia. The Kremlin’s initial reaction was one of condemnation, but Putin quickly changed his tune, saying that it would be no problem if the Nordic countries opted to join NATO. These statements confounded many, but the threat was never off the picture since it was Russia on the other side.

Russia makes its move in the Baltic

In its latest move, Russia has started a naval exercise with 60 warships from Moscow touching the waters of the Baltic Sea. It should be considered that Vladimir Putin made this move while being convoluted in the Ukraine war that is nearing its showdown in eastern Ukraine. The Russian ministry of defence (MoD) made public the footage that showed the “planned operational exercise with groups of the Baltic Fleet”. The ministry further enunciated the details that about 60 surface warships, boats, and support vessels, over 40 aircraft and helicopters, as well as up to 2,000 units of weapons, military and special equipment of the Baltic Fleet, were involved in the exercise.

The current Russian move freshens the prospect of a new war as it was just weeks before that NATO staged one of its biggest military exercises codenamed “Hedgehog” in the Baltic Sea. Some 15,000 troops were involved in the NATO exercise in Estonia, making it one of the largest military drills held in the country since 1991.

You see, the Baltic coastline of approximately 8,000 km is shared by several countries, including Sweden, Poland, Lithuania, Latvia, Finland, Estonia, Germany, Denmark, and Russia. Among these countries, Estonia has been the frontrunner in opposing Putin on the Ukraine war and urged for no compromise with the Kremlin leader. Kaja Kallas, now Estonia’s Prime Minister, has thus become one of Europe’s toughest voices against Russia for its war in Ukraine.

Tensions on the rise

The prime minister added both Sweden and Finland needed to be in the protective blanket offered by NATO. She remains an ardent advocate of western unity and provided a level playing field for NATO to enhance its presence in the strategic Baltic Sea. Kallas once remarked, “Why talk to Mr Putin, just to talk? I don’t see the point of talking to him because nothing has come out of this.”

With things getting hot in the Baltic with the Russian maritime exercise, it won’t be any surprise if Kaja Kallas decides to set chairs for an imminent meeting with the Russian president to ward off the anxiety that the Baltic countries are living through.

NATO plays its charades with words while that is not the case when it comes to Russia. And more than anyone the Nordic countries of Sweden and Finland knew that they were making moves against the wrong one. But for some awkward reason, the Baltic and the Nordic countries got carried away by the big talks propounded by the Western elites. The current Russian move is directed just to embarrass the Western clique for their activities in the Baltic terrain.

Putin knows how to play the game, and as he previously stated, he will not object to the Nordic nations joining NATO since Russia is very well prepared.