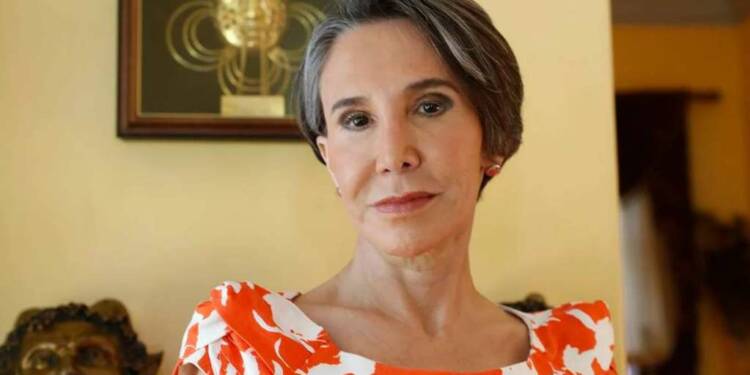 Florinda Meza Garca is a Mexican actress, comedian, television producer, and screenwriter who was born on February 8, 1949. She is most recognized for her work in El Chavo del Ocho as Doa Florinda, Chespirito as La Chimoltrufia, and El Chapuln Colorado as numerous parts. In this article we are going to talk about the biography, career, notable works, films and family of Actress Florinda Meza so read the article till the end.

Roberto Gómez Bolaos cast her in the Televisa sitcom El Chavo del Ocho, which would become a great international smash, as “Doa Florinda” (and then “La Popis”). The show ran from February 26th, 1973 to January 7th, 1980 (although the skit ran until 1992), and it was during this time that she and Gómez Bolaos began a long-distance relationship that resulted in no children.

She and Gómez Bolaos began touring extensively after the production of Chespirito ended in 1995. After a 27-year relationship, the couple finally married in a civil ceremony on November 19, 2004.

Meza would go on to star in other films and create telenovelas such as La Duea, Alguna Vez Tendremos Alas, and Milagro y Magia, in which she also acted.

Emilia Garca Meza was born in Juchipila, Zacatecas to her parents Emilia Garca and Hector Meza.

Her parents, Hector Meza and Emilia Garcia, divorced when she was a child. Florinda and her brothers were then sent to live with their grandparents. They did not have a happy upbringing there, which inspired her to make a better life for herself.

Florinda Meza has always enjoyed art and has recognized her affinity for creativity and expression since she was a child.

She was married to Roberto Gómez Bolaños from 19 November 2004 to 28 November 2014. Bolaños died on 28 November 2014 and until his death, they were together. Her husband was a Mexican actor, comedian, playwright, humorist, director, producer, and novelist better known by his stage name Chespirito, or “Little Shakespeare.”

He is widely recognized as one of the greatest comedians of all time and an icon of Spanish-speaking humor and entertainment. He is also one of Latin America’s most popular and renowned comedians. He is most known for his performance in the sitcom El Chavo del 8 as Chavo.

Chespirito died in his house in Cancun, Quintana Roo, Mexico, at the age of 85, from heart failure caused by Parkinson’s disease.

What is Florinda Meza’s net worth?

Florinda Meza has worked in Mexico’s entertainment sector since the 1970s. Florinda has amassed a net worth of $20 million from her work in acting, authoring, directing, and producing television shows and films.

What is the age of Florinda?

We hope this biography article of Actress Florinda Meza will be helpful for you to understand her journey and works.