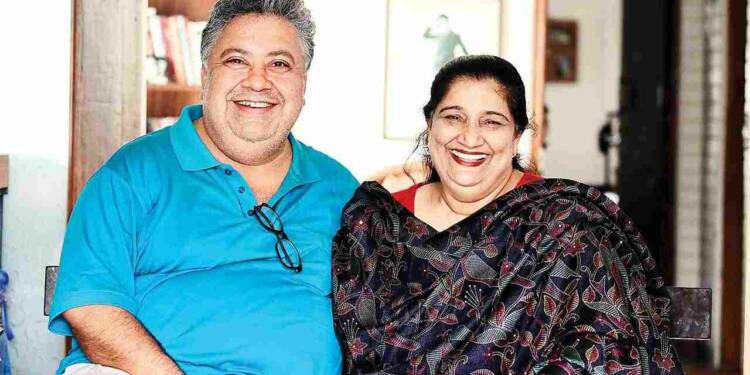 Seema Pahwa is an Indian actress and filmmaker who was born on February 10, 1962. She is also known for being the wife of popular actor Manoj Pahwa. She has an extroverted character and engages with her admirers on Instagram frequently. In this article we are going to talk about the biography, career, notable works, films and family of Actress Seema Pahwa so read the article till the end.

She began her career as a theatrical actor with the Delhi-based Sambhav before relocating to Mumbai in 1994 to work in films and continue her work in television and theatre.

The protagonist’s nephew and his wife, Bani Walia, are treated with kindness and love by the character. She got the Star Screen Award for Best Supporting Actress for the film Ankhon Dekhi at the 2015 Screen Awards.

She won an award in 2014 for an immersive theatrical performance of Bhisham Sahni’s satire on the middle class, Saag Meat, in which she cooked live during the performance and served the food to the audience. She was also well-known for her portrayal as a single mother in the television series Hip Hip Hurray, in which she played Mazhar’s mother.

Her directorial debut came with the film Ramprasad Ki Tehrvi, which premiered at the Mumbai Film Festival in 2019 and was released in theaters in 2021.

Seema Bhargava was her given name. She is married to actor Manoj Pahwa, a co-star in Hum Log, and they have a daughter Manukriti and a son Mayank. They live in Versova, Mumbai. Her son Mayank Pahwa married Sanah Kapur, the daughter of actors Pankaj Kapur and Supriya Pathak Kapur, on March 2, 2022. Sanah is Shahid Kapoor’s half-sister and the granddaughter of famous character actress Dina Pathak.
Social media

Who is Seema Bhargava Pahwa husband?

Manoj Pahwa, an Indian film and television actor best known for his role as Bhatia in the comic series Office Office, is her husband.

How is Seema Bhargava related to Ankita Bhargava?

Ankita Bhargava and her aunt Seema Pahwa had a great time with SBB on their day out. They have a strong bond. On Sweety Tera Drama from Bareilly Ki Barfi, which also stars Seema Pahwa, they played Jenga and danced together.

We hope this biography article of Actress Seema Pahwa will be helpful for you to understand her journey and works.

A collection of Keep Trying Quotes To push your limits