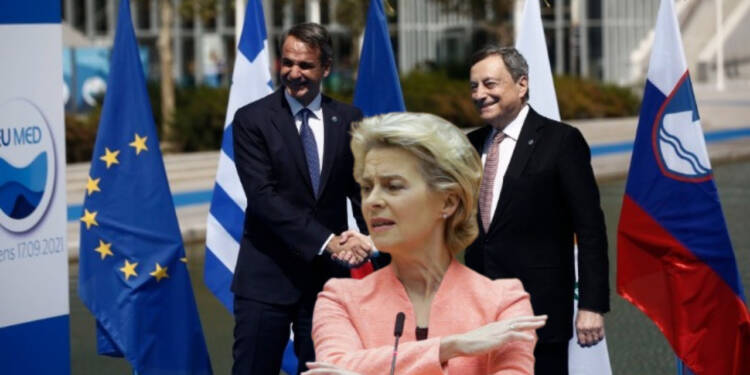 Since the Syrian conflict in 2015, Europe has been confronted with a significant migratory challenge. As Europe struggled to respond to the massive flood of people, a humanitarian and political crisis arose. Thousands of people died trying to reach the country’s coasts, and although some countries welcomed them, others built fences and blocked their borders. This huge migration’s effects can still be felt today.

Furthermore, the global food shortage has been felt throughout the world as a result of the Russia-Ukraine situation. African countries, in particular, have been feeling the effects of the food deficit. This might inadvertently encourage citizens of these African countries to seek asylum in a neighbouring European countries especially Greece and Italy. These two southern countries have been warning major European countries that if they are not assisted in addressing the migrant crisis, a massive migrant surge will be unleashed on Europe.

The rising migration crisis is a trouble for Europe

Therefore, in order to tackle this migration crisis, European ministers convened in Luxembourg recently to discuss the migration deal proposed by President of European Commission, Ursula Von deyer in 2020, a final push, which is also one of the main priorities of the French presidency of the EU Council.

Nevertheless, Migration is a complex issue. The safety of those seeking international protection or a better life, as well as the concerns of countries concerned that migratory pressures will surpass their capacity, must be considered. Furthermore, the massive flood of migrants poses numerous obstacles for asylum-seeking countries. For example, there is a lot of strain on health and medical services, as well as issues with law and order.

This migration crisis also created divisions among the European states. The southern European countries like Greece and Italy faced the major challenge of hosting these migrants from Syria and other Middle East and African nations.

These two nations have been specifically pushing the major European nations to bring in a migration law that could ease their pain of hosting most of these asylum seekers.

The European Commission proposes a new EU framework with few amendments that manages and normalizes migration over time to address the dependency between Member States’ policies and actions. This new approach should provide women, children, and men arriving in the EU with stability, clarity, and appropriate living conditions. It also helps Europeans to have faith that migration can be managed in a humanitarian and effective manner, in accordance with their values and international rules.

Proposed amendments to the migrant pact

The system was created to try to alleviate the fears of Southern countries especially Greece and Italy, which frequently complain about being left to fend for themselves without any additional resources or assistance, as well as those countries that are adamantly opposed to hosting refugees and may now be exempted from doing so if they agree to send money and assistance. These countries have mainly faced the brunt of migration from Syria since 2015. Also other eastern European countries have been facing lately the migrants from the Ukraine, hence becoming a pain in their head. As mostly these smaller nations are to arrange for finances to accommodate these migrants. And now with the help of France, the new amendments have been proposed by these southern and other smaller nations of the Europe. According to this, when a country’s migration system is regarded to be “under strain” by a migration surge, the mechanism would be activated. Other EU countries would give their support once it was activated by:

These changes would allow Italy and Greece to breathe a sigh of relief. Smaller European countries that had been requesting more and more financial assistance to accommodate these migrants will now have to share the burden of these migrants equally as needed.

Nevertheless, most of the European nations have shown support to these new amendments so that to ease the pain of the smaller and southern European nations but some reluctancy has been shown by the some bigger nations to bring in the changes. We presume that Germnay could be one of them. And in case the new pact is not agreed upon by these nations, undoubtedly, Greece and Italy would unleash a huge migrant wave towards these nations. Because for them ‘enough has been enough’.