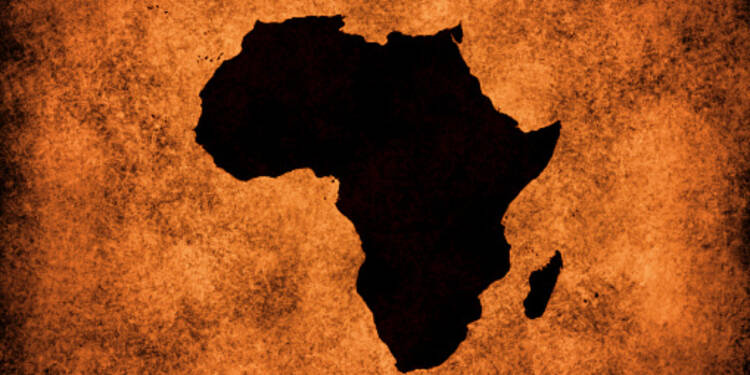 Geopolitics is subject to change. The happenings in Ukraine have already taken a tectonic shift in the politics espoused by different nations. Countries across the globe, even the ones that never sided with any in the eastern Europe crisis are feeling the effects that the war had on them. But a mindful consideration of what is in store for the geopolitics of tomorrow intrigues anyone who fancies the happenings on the global stage. With that, a panoramic view of Asia, Europe, and Africa stands the chance to answer all the queries about who could sit in the dominance of the world in the coming century.

During the times of World War 2, Europe experienced ruins; the economy spiralled to new lows and famine mushroomed like anything leaving the populace devastated. To counter this emergency, Secretary of State George Marshall proposed in a speech at Harvard University on June 5, 1947, that European nations create a plan for their economic reconstruction and that the United States provide economic assistance.

Then happened the golden age of Europe. An immediate rise after World War 2. The preceding thirty years of conflict and violence in Europe stymied any kind of industrial growth within the continent. The burgeoning growth in Europe also accounted for the birth of many nations as a result of decolonization. The shortage of dollars in the post-war years naturally incentivized exports to the West giving more space for Europe to profiteer.

The effectiveness guaranteed by the Marshall plan scripted a new chapter in economics for Europe. For the United States, the Marshall Plan provided markets for American goods, created reliable trading partners, and supported the development of stable democratic governments in Western Europe.

Europe in the meanwhile amassed a lot of allies and more lucre fell into European banks through international trades. The implementation of the Marshall plan stands centric in Europe setting new paths to economic glory.

With all this growth that was difficult to match for any other continent, Europe rightly grabbed the 20th century theirs with the region being wealthier and healthier in all aspects.

History earmarks Asia as a land that was clouded by the political climate of imperialism and colonialism. Throughout the century the region emerged through political turmoil and upheavals of different hues. A politically and culturally fragmented region, Asia has finally mended its shortcomings and has mostly succeeded Europe as the home of prosperity in the 21st century.

In the aftermath of the global financial crisis of 2008-09, advanced countries experienced a decline in GDP – U.S. (-2.5 per cent), U.K. (-4.2 per cent), while the Asian countries fared substantially well. These figures imply that Asia is heading back to the halcyon days of their past that was well before European colonialism and American predominance.

Japan stood as the lone force to reckon with during the post-war era. The “tiger economies” in Hong Kong, Singapore, and South Korea followed suit, and currently, the throne of dominance rests in Beijing. Asian countries are thriving upfront on an economic basis compared to their western counterparts and it has been well evident with numbers saying the poverty in Asia is dipping to lower numbers. According to Asian Development Bank estimates, by 2050, 3 billion Asians could see an uplift in their living standards that can match or go far better than what people enjoy in the west.

Another factor that helps the buoyant rise of Asia is the fertility rates in the largest economies that are still maintaining a steady rate despite Europe seeing a fall in the same. More than half the world’s population lives in Asia. Beyond trade relations with the rest of the world, intra-Asian growth, and stability will drive-in cordial upliftment.

With the immediate rise of India on cards, Asia’s economic prominence is a certitude and the continent could steer the global discourse in their favour in the 21st century.

A mere utterance of the word Africa harbours images of poverty and violence and occasionally some hyenas sauntering in the sweltering heat of Kenya. But Africa needs to be seen from a wider angle. The continent has a land mass bigger than India, China, the US, and Europe combined.

The continent is lurching into a new phase of growth with the population seeing a burgeoning rise towards 2 billion. That will connect to 1 billion workforces in Africa by 2040 which will arguably be the largest across the globe. With a collective GDP of $2.6 trillion by 2020 and $1.4 trillion of consumer spending, many see the impact of around 500m new middle-class consumers.

With every passing day, Africa is straddling into new realms of growth to unleash themselves from the shackles of poverty that they are infamously known for. Oil exporters of Nigeria, Angola, Libya, and Algeria to the already more diversified economies found in Egypt, South Africa, and Morocco, there is a host of nations already with GDP per capita well over $2000.

Adding more are the abundant source of rare earth minerals resources the continent houses. But here, even though a leading producer of these minerals, the market has been kind of lackadaisical when it comes to minerals from Africa. But the oil trade tops Africa’s economy by large.

With all the enhancement in the economy, Africa will surely curb the crisis they are enduring in the informal sector. Much of the working population in Africa is in the informal sector, like in the arts, construction industry, or transport. The real meat of the issue comes when most African countries miss out on vast sums of taxpayers’ money due to a lack of logistical support for business transactions and monitoring systems. Many small, independent businesses are not registered — self-employed people often pay neither taxes nor social security contributions. If the issue is met with pragmatic solutions, Africa is bound to rise with healthcare and education and will see new colours of prosperity.

MGI research finds that over the next decade, the world’s liquid-fuel consumption will increase by 25 per cent—twice the pace of the 1990s. Projections of demand for many hard minerals show similar growth.

Meanwhile, Africa boasts an abundance of riches: 10 per cent of the world’s reserves of oil, 40 per cent of its gold, and 80 to 90 per cent of the chromium and the platinum metal group. Those are just the known reserves; no doubt more lies undiscovered.

Another domain that can push Africa’s growth is the fledgling fiefdom of films that is Nollywood. its $3 billion film industry, is now the second-largest in the world – bigger than Hollywood and just behind Bollywood in Mumbai.

With an arable land and untapped resources in copious amount, Africa is sure to hit the right chord in becoming a global force by the next century or so. In the 1980’s most Africans lived in penury with barely 28 per cent living in cities. This has metamorphized to nearly 50 per cent now.

Africa currently rides in optimism with the statistics assuring bigger days of dominance. In the coming decades, the continent will invariably turn out to be an engine of growth that will see an astronomical transition of Africa from a poverty-stricken land to the new garden of Eden.

The golden age of Europe is history, Asia is living in it and the future beholds Africa.