It is going to be a long winter for Europe, one with real consequences 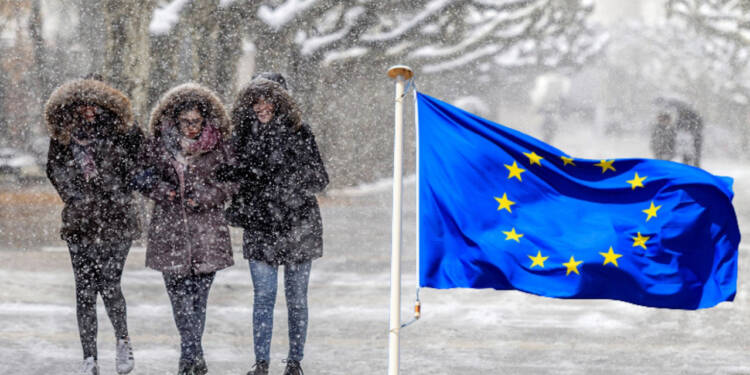 Ominous as it may sound, Russia has impinged a stock reaction within the whole of Europe about the dearth of gas it may face after it came evident that Moscow might be forced to cut down its supply of natural gas to their European counterparts.

A shivering Winter for Europe

Hamstrung by the escalating energy crisis, storage levels dipped to first-time lows since April and such a scenario would invariably force the EU to tap reserves normally used during the peak winter season.

Even while facing the flurry of sanctions, Russia never opted out of its proposed plan of connecting with Europe through gas deals. But as the EU readies itself with the 6th line of sanctions against Moscow, a retort of this sort from Russia brings no surprise.

Currently, the worry is many for Europe. Moscow has already cut gas supplies to Finland, Poland, Bulgaria, Denmark’s Orsted, Dutch firm GasTerra and energy giant Shell for its German contracts. The chances of Norway being the alternate of Russian oil are pretty washed up at this stage after the internal tussle that ensued after Poland demanded a share of profit from Oslo.

Russia now looks more determined to cripple the whole of Europe for the moral ambiguity that many countries espouse. Last week Russia needled new plans to stop down the working of Nord stream-1 that Germany is overly reliant on. The move had a tinge of revenge for Germany’s closure of the much-talked-about Nord Stream-2 project.

Germany remains highly dependent on Russian gas. Russian gas has been used to heat homes, power companies, cook food, and light streets throughout Germany for the past 50 years. It has been one of the top importers of Russian gas among European countries.

The cuts by Russia are coinciding with an outage at a major liquefied natural gas plant in the US, another crucial source of European supplies. It means that less fuel will arrive from across the Atlantic for months.

EU should craft a new plan

Moscow said it had to curb capacity on its Nord Stream link under the Baltic Sea because of technical issues, but Germany called the reductions “politically motivated” aimed at pushing up prices.

“Our product, our rules. We don’t play by rules we didn’t create,” Miller said during a panel session at the St. Petersburg International Economic Forum, according to The Moscow Times.

In the worst-case scenario, where the Nord Stream pipeline is shut totally, the region will fail to reach the stockpile levels the European Union has ordered by the start of the heating season in November, according to Wood Mackenzie Ltd. That means the region could run out of stocks completely by January, a researcher said this week.

Europe for long has crafted a policy that relucted to countenance anything that Russia proposed. Such policies simply adhered to the western notions of countering the Russian offensive in Ukraine. But unlike US, Europe by large runs its lives with Russian assistance in the form of natural gas and oil. By toeing to its western masters by imposing needless sanctions on Moscow, Europe’s reputation as a reasonable partner with Russia has long eclipsed.

Vladimir Putin on the other hand has a baggage of strategy to play with. With this current move, Putin has changed the goalpost that may be haunting the European countries in the upcoming winter season. The current change in face of European countries that were adorning a pugnacious attitude against Russia speaks volumes about the risk that European countries highly dependent on Russian gas face. Europe has crafted this dangerous game and now they should craft another to fight off a severe winter.