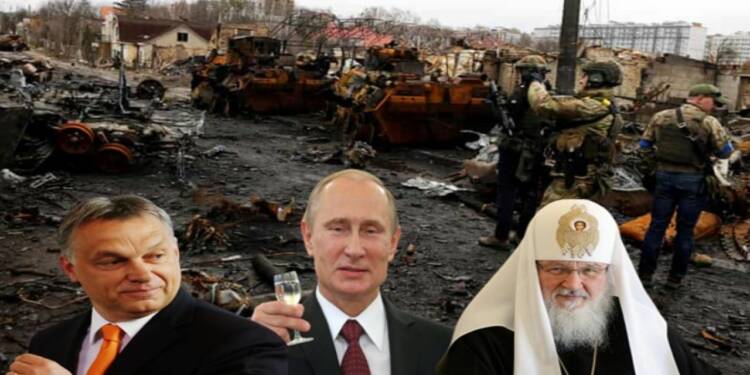 On June 3, the European Union announced its sixth package of sanctions against Russia. On a different note, this time, the EU added to its blacklist Patriarch Kirill of Russia, a revered figure considered to have strong ties with the Kremlin.

But never did the EU imagine that they are running the risk of receiving severe backlashes even from their members. Viktor Orban, the Hungarian prime minister voiced his discontent with the EU and stated in response that Hungary would not support the sanctions against Kirill because this was an “issue of religious freedom”.

Viktor Orban seldom rages at Russia and from the start of the war, Orban made it sure not to disappoint the Kremlin with any of his decisions. Hungary has been since considered an anomaly within the EU for its lenience towards Moscow. But the current protest from Budapest added a different fervour that forced a powerful European commission to go back on its proposed sanctions.

Since 2009, being the head of the Roman Orthodox Church, Patriarch Kirill has been voicing his support for the Russian invasion of Ukraine. Moreover, he has busied himself with religious undertones to put his support behind Putin’s stratagem to invade Ukraine.

Patriarch Kirill’s support for the war in Ukraine has also caused a rift with the Vatican. The Russian Orthodox Church on May 4, had admonished Pope Francis after he warned Kirill not to become Putin’s “altar boy”.

Hungary has always espoused a Russian side of diplomacy but the question in point is why does the prime minister of a Catholic state put a fierce protest in support of the Russian Orthodox Church?

You see, the present camaraderie between Hungary and Russia has historical roots. A not much-discussed fact is how Russia worked on a plan to establish an autocephalous Hungarian Orthodox Church after the Second World War. According to Russian archival sources, the Ministry of Education and Religious Denominations in Budapest supported the spread of Moscow’s jurisdiction over the territory of Hungary. A concordat between the Russian patriarchate and the Hungarian state was required to secure this deed. The plan included the prospect of granting autocephaly to the Hungarian Orthodox Church in the distant future.

At the same time, the Ecumenical Patriarchate opposed the plan for the establishment of a Hungarian Orthodox Church. Soon with many such instances of resistance, the construction of a Hungarian Orthodox Church was put on hold. Because it would alienate the Serbian and Romanian churches and drive them closer to the Patriarchate of Constantinople at a time when the Kremlin was planning to convene an ecumenical council in Moscow in the autumn of 1947, the Soviet state leadership did not offer its approval.

However, given the current global context, the Kremlin may be able to benefit from its revival. On the one hand, since the Ecumenical Patriarchate recognised Ukrainian autocephaly, the Moscow church leadership has been seeking vengeance in various parts of the world. In this light, the establishment of an autocephalous Orthodox Church in the countries of Medieval Panonia would alter the Orthodox world’s balance.

As a result, a combination of religious and geopolitical considerations has pushed Hungary to Russia’s side. The Bill Gates connection behind the Monkeypox hysteria