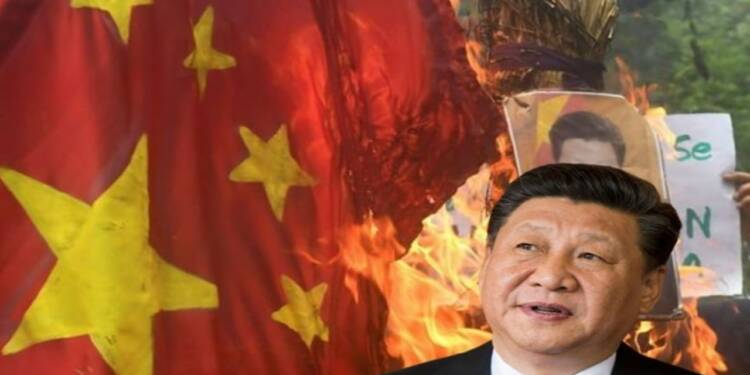 It has reached the zenith of tolerance and Chinese citizens can’t any more sail through the quagmire that has been impinged on them by the political biggies in Beijing. A sizeable percentage of citizens adheres to the view that the prospect of leading a quality life in China has gone zilch.

Even after the maniacal imposition of the zero covid policy that occupied the central stage in tabloids for all the wrong reasons, the authorities in Beijing seem to regurgitate the same notions on the citizens, albeit the policies prove inefficacious.

Shanghai Covid restrictions had quite a disastrous impact on the populace. Back then images flooded social media showing people being dragged from their homes, kids being taken off from their parents by force, and people not allowed to leave the office to abide by the inept zero covid policy.

The megalopolis of Shanghai is a business haven for western and other Asian companies. The world’s 3rd most populist city faced the menace of what was simply a harried approach from the government. Business houses were hit and it was an uphill task for the companies to move ahead amid the mire they were entangled in. The difficulties of the untrodden path of the present day are forcing the business sections in Shanghai to alter course from the financial hub of the world.

Meanwhile, people are looking at greener pastures of Europe and Singapore to shift en masse. Alan Li readies himself to take a course correction and move to Hungary where he is optimistic that his son would attend an international school and he believes that a quality life is assured. Covid crisis took away his business prospect and the final nail in the coffin was the deteriorating food shortage that they faced during Shanghai’s lockdown.

“Many people know that if they sold all their assets they could ‘lie flat’ in a European country,” Alan said, using a slang phrase meaning to take it easy.

Albeit plagued with policies that tested the limit of survival among the citizens, Xi Jinping never shied away from imposing his prized common prosperity program back into the limelight, probably at the worst possible time. This program seeks to narrow a yawning wealth gap that threatens the country’s economic ascent and the legitimacy of Communist Party rule. Xi has signalled a heightened commitment to delivering common prosperity, emphasising it is not just an economic objective but core to the party’s governing foundation.

So, viewed from an angle of a Chinese citizen, there is no better time than now to leave the imbroglio that China is currently enmeshed in. Apart from Hungary, a good number of Chinese citizens are now flooding Singapore. Southeast Asia’s financial haven is currently an oasis for Chinese citizens. In the last 10 years, Chinese immigrants have sprung up to become the most vital migrant community, reconstructing the local wealth map and bringing change to local industries.

A conducive environment with a flexible immigration policy is more than heaven for people who have experienced the high policing climate of China. Aside from Chinese entrepreneurs, middle-class professionals have also begun choosing Singapore as their new home. As China tightens regulations on cryptocurrency, industry insiders flocked to Singapore as a safe haven as the country encouraged innovation of blockchain technologies.

In another world, Xi Jinping is facing the test of his time. All power calculus seems to be waning out as the authoritarian’s grip over the Communist Party is being repeatedly challenged like never before. Chinese observers are voicing concerns about Xi’s influence ebbing away in the recent past. Adding to the current worry of citizens jumping ship to embark on greener pastures in China, the mess is pretty real for Jinping and this time the President should do something that should eclipse what Mao preached and practised.

Duda! Pack for Bermuda because you’re going down son