Duda! Pack for Bermuda because you’re going down son 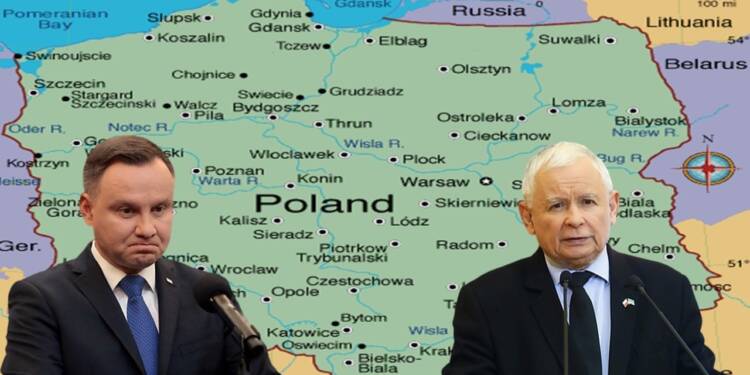 The leader of Poland’s ruling conservative Law and Justice (PiS) party, Jarosław Kaczyński, left his government position on Tuesday. He was in charge of the country’s national security and defence matters. He cited upcoming elections in 2023 for his resignation from the post.

Kaczyński said, “Today, the course of the war is such that it is not known when it will end. However, more or less we know when we will have elections, so I had to choose and I would like to see the end of the war, but it seems that it will last longer.”

Jarosław Kaczyński is also called the de facto ruler of Poland, since he chooses the government ministers and sets the official policies. So, his resignation from the post “to focus on the upcoming elections” is going to rock the boat for the ruling coalition.

It may be noted that the ruling coalition of Poland, the United Right Coalition, had lost its stable majority last year. In mid-August, the Deputy Prime Minister and Minister of Development, Labor and Technology Jaroslaw Gowin was dismissed from his post by the Prime Minister Mateusz Morawiecki. So, it has become even more crucial for the government of Andrzej Duda to keep all of his small coalition partners in good humour.

An inevitable rise of internal conflicts

Various analysts believe that the ruling coalition in Poland is marred by internal rifts and tensions due to rising inflation and burgeoning economic crises. Jarosław Kaczyński’s exit will only widen these rifts and exacerbate the tensions.

For instance, the coalition member party Solidarna Polska is believed to have launched campaign to replace Kaczyński with its leader Zbigniew Ziobro. However, since the largest party of the coalition is Andrzej Duda’s Law and Justice party, Ziobro’s inflated ambitions are sure to place him at odds with the Polish President.

Politically, Duda has never been weaker. He is viewed as a leader submissive to EU’s policies on climate change and border security. The lack of payment of funds from the EU Reconstruction Fund to Poland is another thorny issue, which Ziobro thinks, can help him pile pressure on the President and score political points.

The ongoing Russia-Ukraine war is also going to play a vital role in sealing Duda’s fate the next year. Thanks to Poland’s confrontational attitude towards Russia and its support to Ukraine, rising fuel prices and ensuing inflation have taken a heavy toll upon the country’s economy. So, Zbigniew Ziobro, who is a Russia hawk himself, could be forced to tread a fine line here to attract voters and shore up the country’s plummeting economy.

Kaczyński, the 73-year-old grandmaster of Polish politics, kept the coalition intact to date. However, his departure is going to fuel infightings and conflicts within the coalition, which could also trigger early elections this year or the next. But Duda’s political fortunes still hang in balance even if his coalition remains intact.

Nowadays, the United Right and especially Law and Justice enjoy the support of about 1/3 of Poles and are the most popular Polish political forces. So, if opposition parties decide to come together to corner the ruling coalition, the Duda government could very well find itself landed in hot waters.

All in all, Duda is set a face a political sandstorm this year, and none other than the reckless pursuit of suicidal policies is to be blamed for his political demise. With Kaczyński’s exit, his day of reckoning has only come nearer.

Vaccine rouge: In a first, the White House accepts that it spread fake news