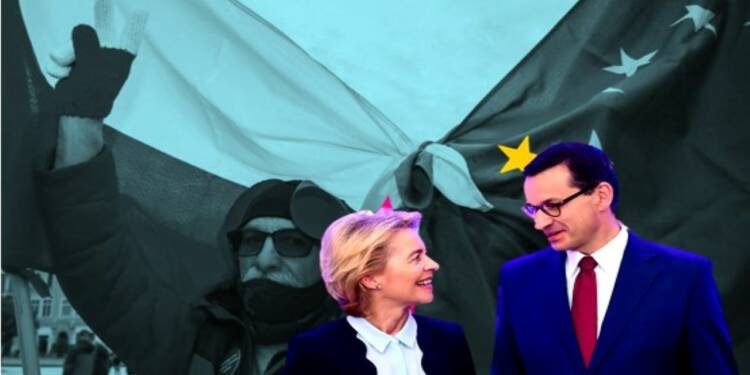 After a two-year battle with the EU on various issues, Prime Minister Mateusz Moraweicki and President Andrzej Duda have finally won the accord. While Poland’s recent judicial reforms are cited as one of the reasons for the deadlock, there’s more to it than meets the eye. The Russia Ukraine war became a boon for the nation to grab the gold from the European Union. Under the shadows, Poland achieved its goals by blackmailing and threatening the EU.

Poland wants Western Ukraine to be part of its area of influence, and this isn’t an exaggeration. This is conveyed subtly by Poland. Since the beginning of the war, the country has boasted about its support for Ukraine.

It has recently announced that it will agree to act as a security guarantee for the country. President Duda further emphasised that if Ukraine requests that they serve as security and peacekeepers after the war, Warsaw will be ready. This comment reveals Poland’s lofty ambitions of balkanizing Ukrainian territory. And, if the Polish government is successful in fulfilling its goals, Ukraine as a country may eventually vanish.

Russian Security Council Secretary Nikolai Patrushev has also indicated that the Kyiv regime’s so-called western friends are not opposed to profiting from the current crisis and have particular plans for the Ukrainian land.

Well, Western Ukraine has been governed by Poland several times in history.  In the 1921 Riga peace accord, Ukraine had tremendous influence from Polish authorities. Amid conflicts and tensions, it is logical to assume that Poland wishes to reclaim these regions, which would be of enormous geostrategic importance to Poland.

Against the interests of the EU

Poland went out of its way to show that it supported the West. However, it was a camaflouge. The EU must have realised that the country was always with Russia.

Ukraine was invited to join the European Union and NATO by the EU. The EU desired Ukraine’s victory over Russia. Poland, on the other side, caused a schism within the EU. Germany was chastised by the country for failing to deliver tanks as promised. Then  Poland tried to squabble with the European Union about migrant payments. As a result, the EU may have provided money to Poland as a carrot to deter it from ‘Balkanizing Ukraine’.

Ukraine is on the verge of losing the war and this could provide an opportunity for Poland to rush into the crisis and make a benefit. Hence, the EU has jumped in and provided Poland with its long halted desire to keep it away from further damaging Ukraine.

Biden’s peak democracy: Venezuela will legally sell its oil to US and Europe

Merkel has a message for Germany and the rest of Europe, and it makes sense