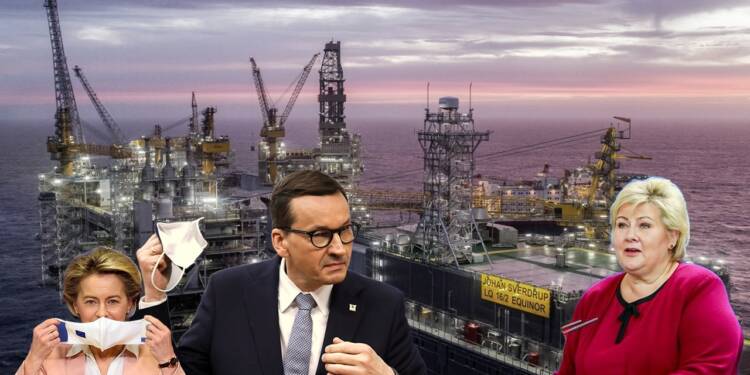 EU is disappointed that the Russia-Ukraine war isn’t yielding any fruits for them. It’s currently experiencing terrible fuel and gas shortages. After its demands for funds from Japan, one of its member states has demanded a share of the profits made during the war from one of its neighbors. This demonstrates the EU’s absolute lack of consistency in rebuilding Ukraine and the desperation for financial gains

Poland’s Prime Minister Mateusz Morawiecki has asked Norway to share the profits it has made from exports of oil and gas as a result of the Russia-Ukraine conflict.

Speaking at a youth forum in Warsaw, Mateusz stated that the profit made by Norway is not normal at all. It is a small country of five million [people] and it will be making a profit of over €100 billion higher than in the recent years.

Norway produces approximately 2% of the world’s crude oil and is the second-largest exporter of natural gas to Europe after Russia, supplying 20% to 25% of the continent’s natural gas. Even before the war started, Norway made an impressive 825 billion Kroners in petroleum sales in 2021, tripling its previous year’s record. Norway continues to highly profit on energy this year too, as sanctions on Russia have limited supply and pushed the prices higher. As a result, Poland is uneasy.

Poland wants a ‘share of the profit’ because it believes that the profit was generated due to circumstances rather than hard work. The Polish PM said, “It is preying – unintentionally of course, because it is not Norway’s fault, this war in Ukraine is caused by Putin.”

He further added that everyone should write to their Norwegian friends and urge them to donate their profits to Ukraine rather than the EU.

Green party, Norway’s opposition party too has proposed that the surplus revenues be put into a special fund to provide humanitarian aid and aid in the reconstruction of Ukraine, as well as to help other nations reduce their reliance on Russian gas and meet rising energy costs.

Green party and Morawiecki’s tones are similar. The green party wants to assist Ukraine and Europe in their crisis, regardless of how damaging it could be to their economy.

The words of Poland’s Prime Minister indicate the tragic status of the EU. It does not want to rebuild Ukraine on its own. It wants others to assist the east-European country in its recovery. On a humanitarian basis, the initiative is commendable. But why should Norway assist the EU in recovering from its blunders? we hope the EU has an answer for that as well.