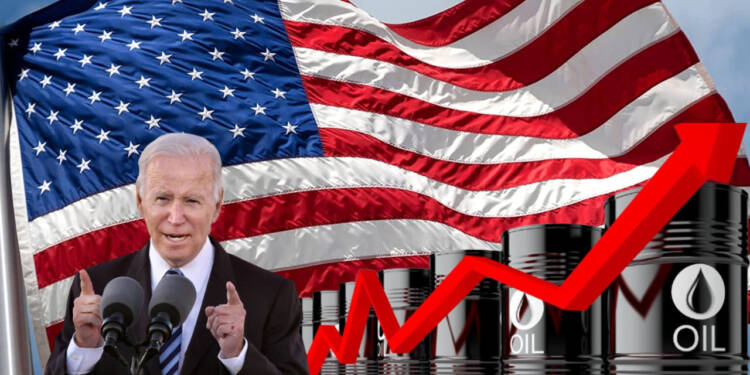 Nowadays, oil prices are oscillating in the range of $110-$120 per barrel. It’s already a pain in the pocket for an average American middle class. And when the Biden administration should help ease the pressure on the people, its priority is to keep democrats politically afloat.

The myopic view will be disastrous for the Americans as the gas prices are bound to shoot up like never before. Not only the policy being followed by Biden is not only anti-people but anti-national.

US reckless depletion of reserve

According to US Department of Energy, a year ago, US strategic petroleum reserve contained 621 million barrels. And then, the Ukraine war broke out. The prices internationally started to touch records every other day. In order to control oil prices, US started to export the reserved crude to countries which were facing an oil crunch in return for weapons and financial assistance to Ukraine. 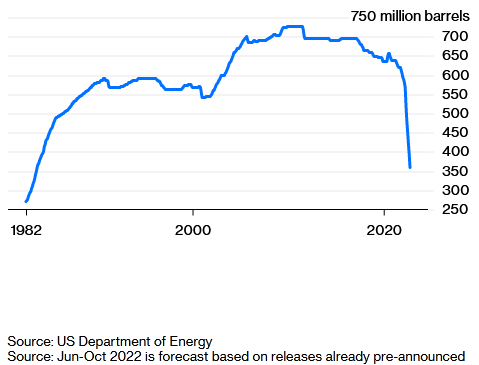 The US didn’t even care to prioritise its own interests. According to Bloomberg, if the exhaust rate remains the same, Strategic Petroleum Reserve (SPR) will only hold 358 million barrels by the end of October this year. And if that happens, the reserve will shrink to a 40-year-low.

The problem aggravates when we look deeply at what kind of oil US has been extracting from SPR. There are majorly two types of crude: medium-sour and light-crude. Now, medium-sour crude is also extracted in Russia, Venezuela and middle-eastern countries. Even US refiners prefer medium-sour because of their highly-advanced refineries.

In order to compete with Russia, and the Gulf countries, the US has started to wield medium-sour oil which has decreased its reserve levels dramatically. According to Bloomberg, over the last year, 85% of the oil used from the strategic reserve by the US was medium-crude. 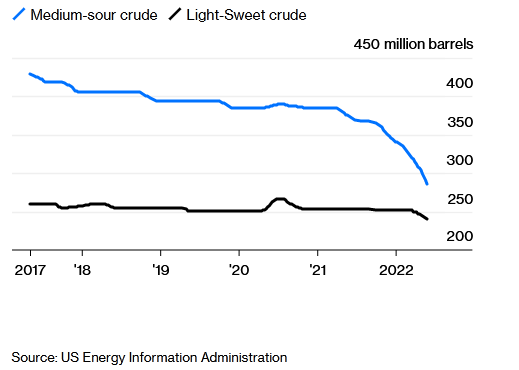 Marathon Petroleum Corp. and Valero Energy Corp., the biggest refiners in the US have been fed by their preferred medium crude from SPR.  As a result, only 179 barrels of medium-sour crude will remain in the strategic reserve. Just from June 2021 to October 2022, the US will likely sell 180-190 million barrels of medium-crude resulting in its further depletion. And with good oil already depleted, the prices throughout the US and the world will become unaffordable. It’ll not just rise by 10% or 20% but 200% or 300% this time.

Also Read: Putin just invoked ‘Peter the Great’, and it means Ukraine is just the start

Federal Reserve chief Jerome Powell in May said that to bring the inflation under control interest rates should be increased until costs begin to revert to a healthy level. President Joe Biden also said that he wouldn’t do anything to block the Federal Reserve’s efforts.

However, there is a major flaw with the purblind approach of Biden and the Fed Reserve. Interest rate increases won’t restore the decreased global supply of oil, wheat, fertiliser, and other essential commodities brought on by the conflict in Ukraine and the sanctions imposed on Russia. Costlier borrowing costs won’t deter China from continuing its economically harmful COVID-19 containment programme, which has led to shortages, backlogs, and delays that have exacerbated inflation.

With the midterms advancing and all 435 seats in the House of Representatives and 35 seats of 100 in the Senate at stake, Biden’s short-sighted attitude is only aimed at shoring up Democrats’ fortunes. To evade the wrath of the people, when he has failed to control inflation he has now resorted to blaming ‘Oil companies’. He recently said that oil companies make more money than gods.

Biden said, “The crunch that families are facing deserves immediate action. Your companies need to work with my Administration to bring forward concrete, near-term solutions that address the crisis.”

The oil companies, however, have fired back at the Biden administration, John Kilduff, partner at Again Capital said, “Years of sanctions on Venezuela and Iran, and now Russia has more than contributed to the current situation.”

With only 179 million barrels of medium-crude oil remaining by the end of October this year, prices will soar to $200-$300 per barrel like never before. Biden has formulated no policy to steer the US out of the crisis and he is brazenly putting his country’s reserves at stake to keep his fortunes alive.