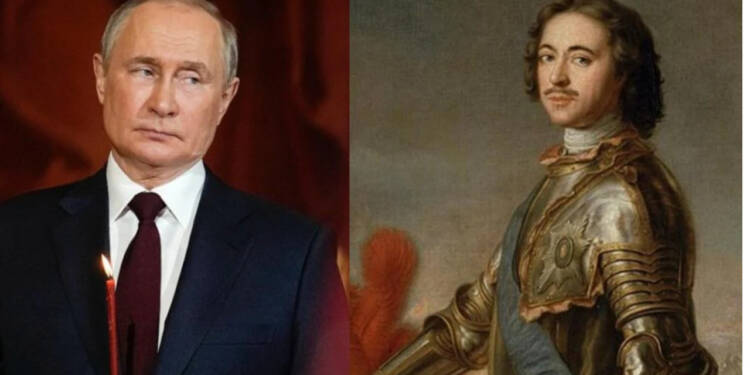 St. Petersburg is a Russian port city on the coast of Baltic Sea. It has gone through several name changes from Petrograd to Leningrad. Its current and original name was given by its founder Peter the Great.

Putin has lately invoked ‘Peter the Great’ amid Russia’s war against Ukraine. Putin said, “You might think he (Peter the Great) was fighting with Sweden, seizing their lands. But he seized nothing; he reclaimed it.” The invocation is noteworthy and indicates that Putin isn’t stopping after Ukraine.

Peter the Great and his contributions

Peter the Great isn’t just a former ruler for Russia but a symbol who modernized Russia and positioned it as a European power. He founded the Russian navy and formed a regular army based on compulsory military service. He encouraged innovations in military science and regularly recruited Russian experts in fields like shipbuilding, military affairs, the sciences, and the arts. Russian ambassadors in those times had a responsibility to recruit foreign experts to work in Russia.

He created civil service in Russia. He developed artillery which he learned in his ‘Grand Embassy’, a visit of a large Russian delegation to find allies for war with Turkey. He managed to form an alliance with Augustus II of Poland and Lithuania which proved to be crucial in the Great Northern War against Sweden.

The steps Peter I, the Great took are a reflection of today’s Russia. The fruits of innovation of armed forces were borne by Catherine the Great under whom Russia expanded its borders and was recognized as one of the great powers in Europe.

Putin’s statements remembering Peter the Great can be seen in the light of Sweden and Finland wanting to join NATO. But he has subtly proclaimed his ‘Great Eurasian dream.’

Earlier TFI had reported how Putin has an imperial approach to geopolitics and draws inspiration from Great Russian tsars, who expanded the imperial Russian empire across Eastern Europe and Central Asia.

We have said that Ukraine is just one of its targets of Putin. But so are other countries and regions. Putin’s imperial plan focuses on Central Asia. Putin is interested in Eastern Europe, which includes nations such as Ukraine, Belarus, Lithuania, and Latvia. For this, he can activate his Kaliningrad module to check NATO’s expansion, whenever he feels so.

Vladimir Putin wants to establish control over the Black and Caspian Seas, which is why Georgia, Armenia, Azerbaijan, and even Turkey are being eyed by him. It was not in isolation that Moscow subtly staked claim last year on Turkey’s eastern provinces like Ararat and Kars. It was always in his plan.

Putin and Peter the Great

Peter the Great was born to Psar Alexey I and his second wife, Natalya Naryshkina. Fyodor III, eldest son of Alexey succeeded his father in 1676. He died six years later because of his disabilities from birth. His other half-brother Ivan too suffered chronic physical and mental disabilities. The political instability led to Moscow Uprising which led to killing of his several family members. He later revolutionized Russia and died in 1725 at St. Petersburg.

Putin was born in 1952 at St. Petersburg then Leningrad. Putin’s birth was preceded by death of his two brothers. Peter the Great ‘Great Embassy’ was a failed attempt to put up an alliance against Ottoman Turkey.

However, Putin’s declaration that “It seems it has fallen to us, too, to reclaim and strengthen” is a message of what he has in mind. He also said that “not one European country” recognised Russia’s claim to St Petersburg land as Russia’s new capital in a very bold step Mr. Putin said. Now they all do.

One thing from all this is sure that Putin is ambitious. And he won’t just stop at Ukraine. He’s not just looking to expand Russia’s borders but is looking to secure them forever.