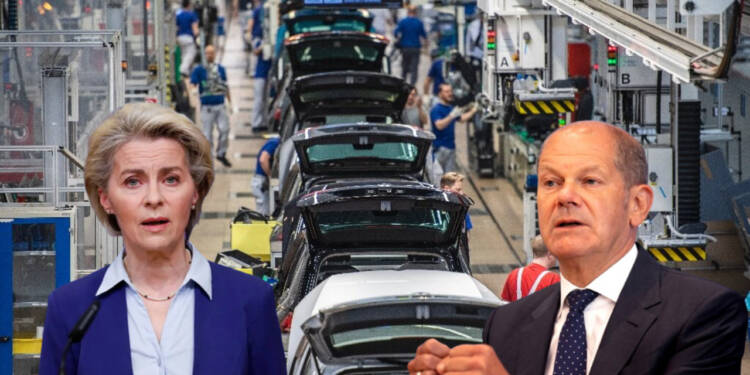 Europe’s green agenda will miss Germany terribly. Christian Lindner, who is a significant face in the German coalition government reportedly told a conference in Berlin yesterday that the EU’s aim to ban all new fossil fuel car sales in 2035 was “the wrong decision” and claimed that his government would not support the plan.

EU long back made a clarion call to ban sales of internal combustion engines from 2035, a novel gesture to adhere to the proposed vanity project of making Europe green. But Germany has braved a move to put a roadblock to EU’s vainglory attempt to impose a green agenda while most of Europe straddles through an unprecedented crisis due to the Ukraine war.

Glaringly enough, Europe is home to the sprawling automobile industry and is among the world’s biggest producers of motor vehicles. The bitter effects of the war have put the whole region to a test. Inflation is sky-high; unemployment is pacing up and no better option is available that could give a required solace for this region. Meanwhile, the automobile industry is lucrative and has been constantly helping by pouring in the needed lucre to the revenue. So, it will be nothing less than idiotic if EU decides to go for a greener future. The predicament will be beyond bounds since it is the worst possible time to brave that move.

Read more: EU has a brilliant plan to destroy the auto industry in Europe

Germany for long has fallen to the west and EU line of action. The closure of the Nord Stream 2 project exhibits the facile notions employed by the Germans that made it reasonable for Russia to retort by closing the Nord Stream 1 pipeline. So, Berlin is quite in a fix and they have called it a time on any further engagements with EU.

“Germany is not going to agree to a ban on combustion engines,” a sane-minded Lindner reportedly said.

Germany still holds significant sway, as it is not only the most powerful economy within the EU, but also boasts one of the world’s largest car industries, producing more than 4.6 million passenger cars in 2019, as well as over 280,000 commercial vehicles.

Albeit this Germany is not ensured a smooth run. The government is teetering over the edge with an air of hostility still sweeping within the different coalition partners that hold the government tight. A spokesperson for the Green Party’s environment minister Steffi Lemke told the DPA news agency yesterday that the German government “fully supports the proposal by the Commission and the European Parliament to allow new passenger cars and light commercial cars and light commercial vehicles only with zero-emission powertrains from 2035”.

Environmental campaigners criticized Lindner’s position on the EU proposal, arguing it would harm both Germany and the EU’s automotive industries.

This has put the government in limbo. But as the war unfolds in tandem and with Russia wresting power with every passing day, pragmatism should be the centrepiece of whatever Germany opts for. This move from Germany serves as a pretext for the growing indifference Berlin has with EU.