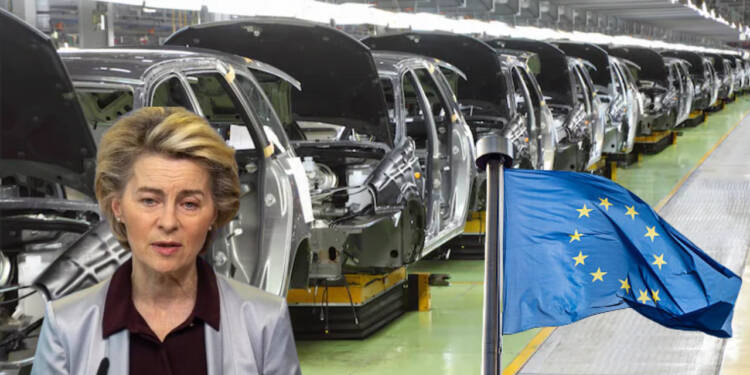 Europe is among the world’s biggest producers of motor vehicles and the automobile sector represents the largest private investor in research and development (R&D). The automotive industry is crucial for Europe’s prosperity, which it needs the most right now.

Sounds explicit but it’s true, the EU’s recent move to become resilient on green energy as soon as possible may destroy the prosperous automobile industry.

European Parliament lawmakers have voted to support an effective EU ban on the sale of new petrol and diesel cars from 2035, in a bid to strengthen the electric and green shift of the automobile industry. The bloc vows to focus on a key pillar of its plans to cut net planet-warming emissions by 55 per cent by 2030, from 1990 levels – a target that requires faster emissions reductions from industry, energy, and transport.

This move will reportedly bar manufacturing and sales of combustion-fueled automobiles. EU wants to be climate neutral by 2050, previously, the transport sector had been one of the bloc’s major blockades. Now, the automobile sector is poised to become a blockade.

German auto associations have come out blazing against the European Parliament’s decision to support a de facto ban on the sale of new combustion engine cars starting in 2035, claiming that it is too ambitious and costly and that it goes against the market and citizens.

In one voice, the automobile sector states that the European Union’s decision is completely baseless and will push foreign automobile makers like the USA, China, and Japan to gain market leverage outside Europe. Whereas, the move will crush down the EU’s Automobile industry.

In addition, the German association of car drivers has also expressed discernment in a press release. The press release “regrets” the ban and stresses that “it will not be possible to achieve the ambitious climate protection goals in transport with electromobility alone”.

Even the German foreign minister has also pitched his voice against the decision Volker Wissing, has stated, “Many jobs depend on the combustion engine,” he told DPA, adding that he would fight to achieve an exception for engines running on synthetic fuels.

Only applies to lower class

Playing a smart game, The EU has allowed luxury car manufacturers to obtain an exception for cars like Ferrari, Bugatti, and Lamborghini from the de facto ban on the combustion engine, the so-called “Ferrari exception.”

The EU’s ambitious decision will only have an impact on the owners of cars like Volkswagon, Skoda, etc. So, the rich class of the European nations won’t get affected by the ban at all.

The EU’s ambitious strategy has the potential to obliterate Europe’s automotive sector giants such as Volkswagen, Volvo, and others.

So, setting up a deadline for the next decade without any consideration with the automakers is a bad move. The transition to green energy is indeed a necessity. However, the EU must recognize that infrastructure change is a lengthy process, and it has already failed miserably in the transition to electric vehicles.